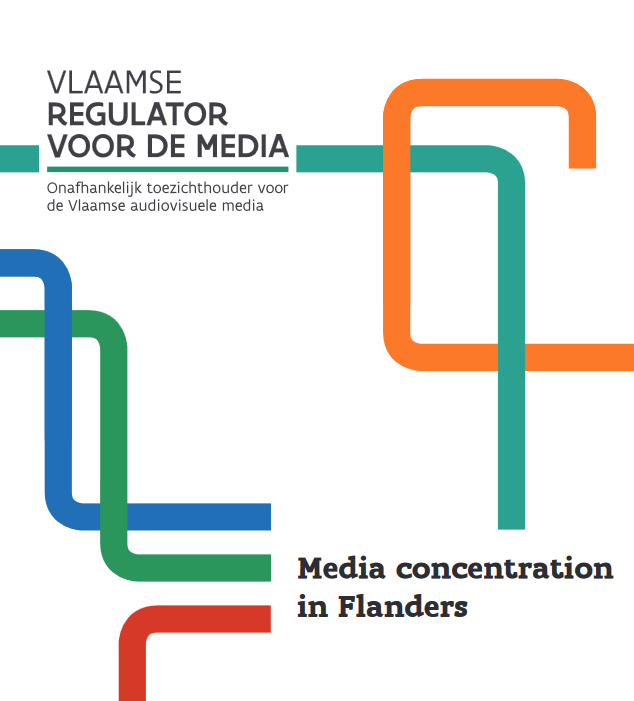 The Flemish Regulator for the Media (VRM) has published in December 2016 a report on the media concentration in Flanders in 2016.

On a yearly basis VRM presents a report to the Flemish policy makers containing information on the positions occupied by players in the Flemish media sector. For the first time, the report is also accompanied by an extensive summary in English.

Media concentration can be approached from many angles but from its first report in 2008, VRM opted for an approach from an economic point of view. The report therefore focuses on the relationships between the different players in the market, rather than e.g. performing content analysis.

The general conclusions of the report are formulated in the last (fifth) chapter. Although there is not one single player that dominates the whole Flemish media industry, many forms of horizontal, vertical or cross media concentration exist in and between several Flemish media types. In the field of radio, there is a high degree of concentration, caused by the dominant position of the radio stations of the public broadcaster. As a result of new technologies, the revenue models for television are changing. This is causing tension over the distribution of income between players within different links in the value chain. The study also notes increasing activities of the dominant television distributor Telenet in other parts of the television value chain.

Berne - Plenary 1: How to ensure a sustainable ecosystem for media content in Europe - Background document (Consumption_distribution_plenary1_final.pdf)
posted on 06 May, 2015
Berne - Plenary 2: How to ensure and assess media pluralism and diversity of media content - Background Paper (summary) (Plenary2_Pluralism_diversity_Paper.pdf)
posted on 08 May, 2015
Nuremberg - Plenary 2: The Regulators' Toolkit to encourage diversity of sources and output - Introduction (Plenary2_Introduction.pdf)
posted on 22 October, 2015