Further to the EPRA Statutes, the Executive Board acts as the strategic body steering the EPRA. Inter alia, it represents the EPRA in external events, proposes a 3-year strategy, devises the yearly work programmes and the related activities, and takes decisions relating to the operation of the EPRA. 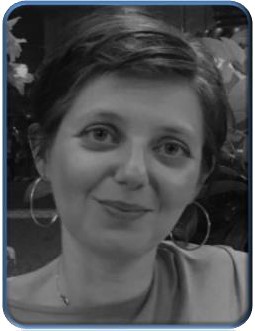 Maria Donde was re-elected as EPRA Vice-Chairperson at the 53rd EPRA Meeting on 20 May 2021, after joining the EPRA Board in 2018. She has been actively involved in the work of the EPRA network for the past six years and was responsible for the organisation of the EPRA meeting by Ofcom in Edinburgh in 2017. Maria is the EPRA Chairperson ad interim since the resignation of Ľuboš Kukliš effective as of 10 November 2022.

Maria works for Ofcom as Head of International Content Policy, covering media, content and broadcasting issues. She leads on Ofcom’s engagement with other European media regulators, most particularly through EPRA, as well as international bodies, and represents Ofcom on the full range of media policy questions including media literacy. She oversaw Ofcom’s input into the negotiations on the AVMS Directive and oversees Ofcom's relationship with European and global institutions on questions of media and content policy. She recently served as Chair of the Council of Europe Committee of Experts on Media Environment and Reform.

Her regulatory background is in advertising, having spent four years at the Advertising Standards Authority before joining Ofcom’s Broadcasting Standards department. Prior to that, she worked in media analysis, and before that as a radio producer for the BBC World Service. She has a Modern Languages degree from Cambridge University and a Masters degree in Literary Translation.

Further to the EPRA Statutes, the Chairperson chairs the meetings and represents the EPRA in its external relations.

Assistant CEO at the Broadcasting Authority of Ireland (BAI)

Stephanie Comey was elected as EPRA Vice-Chairperson at the 53rd EPRA Meeting on 20 May 2021.

Stephanie joined the Authority in 2003 and has since worked across a number of broadcasting policy development and regulatory areas. Currently, she has responsibility for Media Literacy, Gender and Diversity and Sectoral Development.

She contributed to the drafting of the Council of Europe Recommendation on Gender Equality in the Audiovisual sector in 2017, and has led the work of the BAI to increase women representation and participation in media. She has worked with key stakeholders to increase the availability and quality of learning and development initiatives in the media sector, supporting the establishment of industry bodies and representative networks. 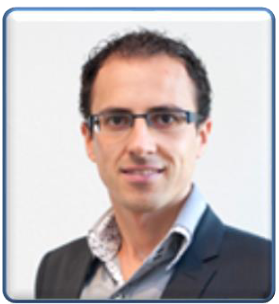 Consultant Legal and European Affairs at the Directors Conference of the Media Authorities (DLM), Germany

Peter Matzneller was elected as EPRA Vice-Chairperson at the 53rd EPRA Meeting on 20 May 2021.

Peter Matzneller graduated in law at the Leopold-Franzens University in Innsbruck, Austria, in 2007. After completing his practical education at the Higher Regional Court of Innsbruck (Oberlandesgericht Innsbruck) and the Regional Government of Tyrol (Tiroler Landesregierung), in 2009 he obtained a postgraduate Masters diploma from the Europa-Institute at the University of Saarland, Saarbrücken (LL.M. Eur.), with specializations in European Media Law and European Competition Law.

From 2013 to 2015 he was General Manager of the Institute of European Media Law (EMR), an independent research and consulting association based in Saarbrücken and Brussels, where he started as a scientific researcher in 2010. Since 2015, he is Consultant Legal and European Affairs at the Joint Management Office of the German supervisory bodies for commercial television in Berlin. The Joint Management Office coordinates and organizes the work of the different committees of the 14 Media Authorities in Germany. Peter Matzneller is responsible for elaborating common positions and for representing them in the organs of the European Union and in the relevant European associations.

His fields of activity - besides the law on audiovisual media services - in particular are the European advertising and competition law. Furthermore, he is dealing with questions related to responsibilities of media and services providers on the Internet. 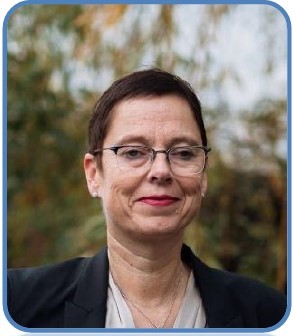 Director General at at the Norwegian Media Authority (Medietilsynet), Norway

Mari Velsand was re-elected as EPRA Vice-Chairperson at the 53rd EPRA Meeting on 20 May 2021. Mari Velsand is Director General at the Norwegian Media Authority, a position she has held since 2017.

When she entered the authority, she came from the media business, where she for more than 20 years held different management positions. She has been a part of the top management team at NRK (the Norwegian public broadcasting company), Chief Editor of the national newspaper Nationen and Executive Vice President at Amedia, the second largest media company in Norway.

She has also over the years held a number of board positions within the Norwegian media industry, and she has been Norway’s representative in the board of the World Association of Newspapers and News Publishers (WAN IFRA).