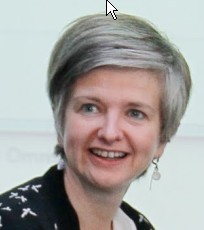 Emmanuelle Machet has been active in the EPRA Secretariat since 1996. Since 2005, the Secretariat is  hosted by the European Audiovisual Observatory in Strasbourg. Previously Emmanuelle has been working as a Project Manager at the European Institute for the Media (EIM) in Düsseldorf with focus on European media regulation and policies. She started working full time for EPRA in 2002. She studied media law at the University of Poitiers, France and did a post-graduate course in European Studies at the University of Aachen, Germany. She has written several publications and articles dealing with comparative broadcasting regulation in Europe and regulatory authorities.

Administrative assistant to the EPRA Secretariat

Géraldine DENIS is the administrative assistant to the EPRA Secretariat since March 2019. Trained as a lawyer, she graduated in Law with a specialization in Media Law in Toulouse’s University. Before joining EPRA, she has been working in Paris as a lawyer in the legal department of several French media groups.