Digital News Report 2018: there is hope for the news industry

Use of social media for news overtaken by messaging apps 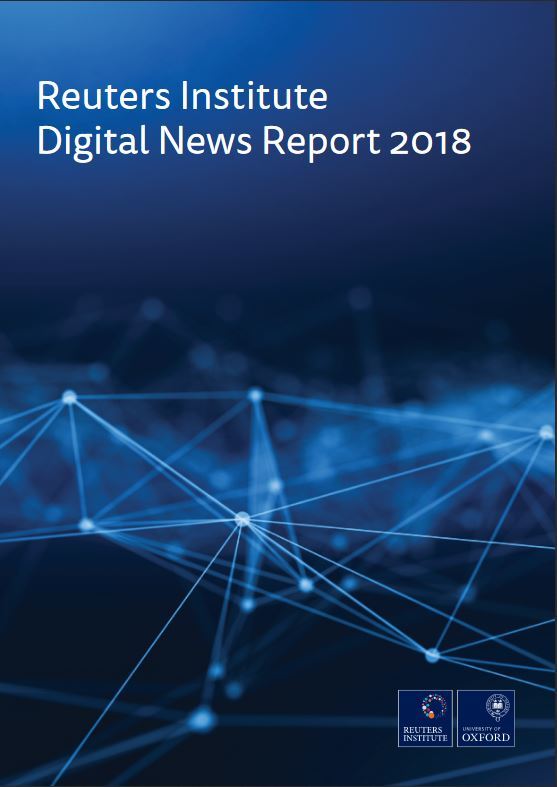 The Reuters Institute for the Study of Journalism has published on 14 June 2018 its seventh annual edition of the Digital News Report. The report focuses on the issues of trust and misinformation, new online business models, the impact of changing Facebook algorithms and the rise of new platforms and messaging apps.

This year's report reveals new insights about digital news consumption based on a YouGov survey of over 74,000 online news consumers in 37 countries including the US and UK, along with additional qualitative research, which together make it the most comprehensive ongoing comparative study of news consumption in the world. Europe remains a key focus with 25 countries including Bulgaria for the first time, but the report also covers six markets in Asia along with four Latin American countries and the United States and Canada.

The 2018 edition has been released thanks to partnerships with, inter alia, the British Ofcom, the Broadcasting Authority of Ireland and the Dutch Commissariaat voor de Media.

Some of the most important findings from the 2018 edition are as follows:

The report makes a noteworthy highlight on the reverse of social media news consumption. The seven previous reports have tracked the key sources for news across major countries and have described a picture of relentless growth in the use of social media for news. Now, in many countries, growth has stopped or gone into reverse.

Additional EPRA Background: Note that "News in the digital age" was the focus of an annual EPRA plenary session in 2017, the main deliverable of which was a background comparative paper on the Role of Regulators when implementing Accuracy, Objectivity and Impartiality in practice.

Source: Reuters Institute for the Study of Journalism