While tech giants are forced to face more responsibilities and on-demand formats are becoming the new business model, concerns arise about quality journalism, for the benefit of more trusted news brands and radio podcasts

The new edition of the annual Reuters Institute Digital News Report 2019* reveals the impact of the rise of political polarisation and populism in news consumption. In general 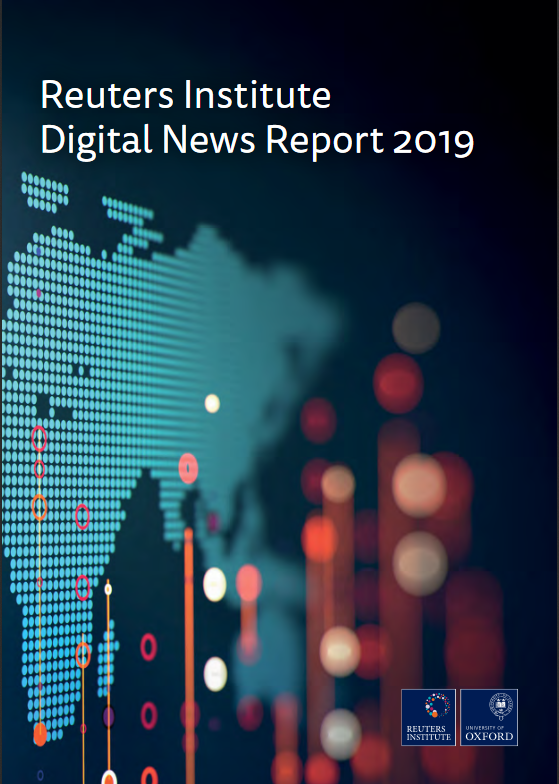 , despite the high popularity of television and online social networks, the level of trust on news media is decreasing dangerously, and mistrust is even greater on the part of people with populist attitudes.

The report observes a trend to question the role of the media, perceived as reliable for breaking news but not when it comes to explaining the news or holding rich and powerful people to account. Some crises, like the Yellow Vests in France, have seriously increased the consumers’ feeling of a lack of impartiality and independence of the media (-11% in the level of trust).

In this environment, new formats and new concepts seem to emerge as sort of winner, such as “slow news” and radio podcasts (the “pivot to audio”), both representing better quality content and “on-demand” formats.

Whereas  68% across all countries say that they prefer to consume news in text (rather than in video on platforms), there is an increase in people voluntary avoiding the news, claiming that it makes them sad and affects their mood, especially in the UK as a result of Brexit.

The conclusions of the report raise the question how far media providers can go “to satisfy a readership that no longer splits easily along traditional lines” and how traditional media can respond to these new challenges.

* Based on online questionnaires with samples of around 2,000 persons in each country with different ages, genders, regions and education. The report includes data from countries in Americas, Asia pacific, Africa and Europe (Norway, Turkey, Switzerland and EU members except Cyprus, Estonia, Latvia, Lithuania, Luxembourg, Malta and Slovenia).

Three broadcasting regulatory authorities are partners of this project: the BAI (IE), Ofcom (UK) and the Dutch Media Authority (CvdM - NL). More detailed reports for Ireland and for the Netherlands are available on the Irish and Dutch regulators' websites. In the UK, where web tracking and in-depth interviews were also included in the research, Ofcom's report is to be published in September 2019.