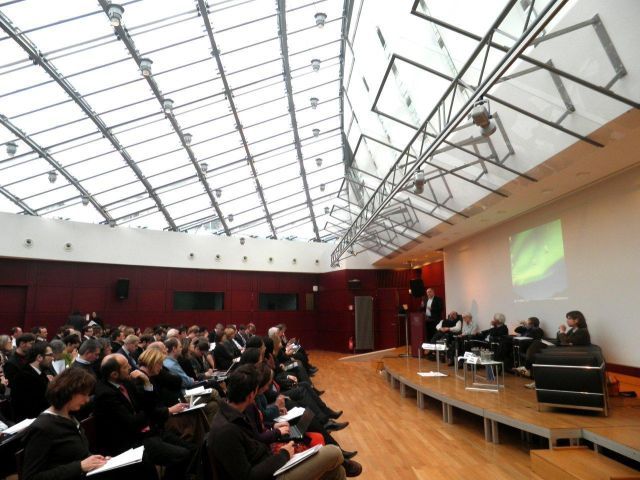 
Together with the Hellenic Foundation for European and Foreign Policy and the Association of European Journalists, EPRA co-organised a public event entitled "Media freedom and independence: Trends and challenges in Europe" on 7 February 2013 in Brussels.

The event, which took place at the Representation of the Free State of Bavaria to the EU, gathered about 100 participants from academia, regulatory authorities, interest groups, broadcasters and European institutions.

The first part of the conference was dedicated to the presentation of the main comparative research findings of the MEDIADEM study, with project partners reporting on fundamental rights and media regulation, freedom of expression and journalistic autonomy, the freedom and independence of public service media in a plural media environment, and media freedom and independence in the new media services environment.

EPRA Chairman Jean-François Furnémont participated in the first round table "on the role of state and non-state actors in promoting media freedom and independence" and commented on the policy recommendations made by MEDIADEM pertaining to media regulation and regulatory authorities. While he agreed with most recommendations about principles and believes in the need for more coordination between NRAs in Europe, he expressed its doubts as to the regulatory design of such a reinforced cooperation. He regretted the absence of a requirement for the independence of broadcasting authorities in the AVMS Directive and expressed the hope that this failure is addressed on the occasion of the next review.

EPRA Vice-Chairwoman Maja Cappello was the moderator of the second discussion panel on "The role of the EU and the Council of Europe in promoting media freedom and independence".

MEDIADEM is a European research project that investigates policy approaches and regulatory instruments that govern the media in 12 EU Member States (Belgium, Bulgaria, Denmark, Estonia, Finland, Germany, Greece, Italy, Romania, Slovakia, Spain and the UK) and two EU candidate countries (Croatia and Turkey), exploring their impact on media freedom and independence. The project is a joint interdisciplinary effort of 14 partner institutions, funded by the EU’s Seventh Framework Programme, and is coordinated by the Hellenic Foundation for European and Foreign Policy (ELIAMEP) in Athens, Greece.