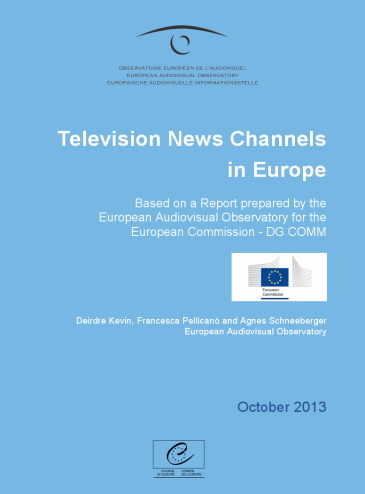 The European Audiovisual Observatory published on 6 November a new report on the TV news market in Europe covering 38 countries. The report provides an overview of the types of channels both national and international, the balance between public and private and the dominant languages of news channels in Europe. The distribution of both international channels and also the news channels of neighbouring European countries is examined.

This new report, carried out as part of the work commissioned by the DG Communication of the European Commission, sources data from the Observatory's MAVISE TV database.

According to the report:

The entire report is may be downloaded free of charge here.