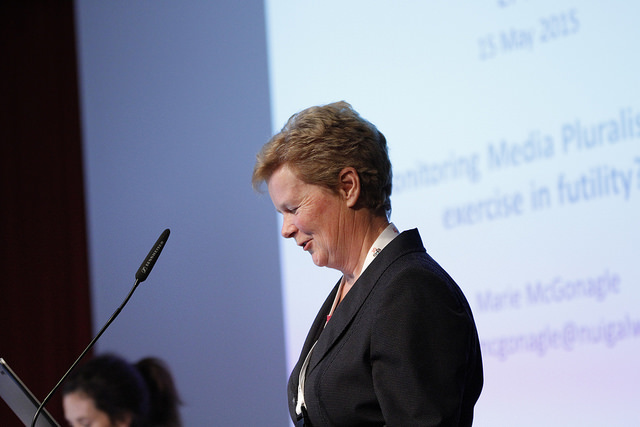 How to ensure a sustainable ecosystem for media in Europe that is financially viable and offers a plurality and diversity of content was at the centre of the debates at the 41st EPRA Meeting which took place in Berne on 14-16 May 2015.

The second Plenary session on 15 May looked at recent and  current initiatives aiming to monitor the level of pluralism in the media.

After a keynote speech by Dr. Marie McGonagle, a panel composed of Elda Brogi from the Florence-based Centre for Media Pluralism and Media Freedom and of Roger Loppacher i Crehuet, Chairman of the Catalan regulator CAC  reported on issues of methodology and challenges of ongoing European and national projects to measure pluralism in the media.