Promoting greater gender representation and portrayal on- and off-screen: the role of audiovisual regulators 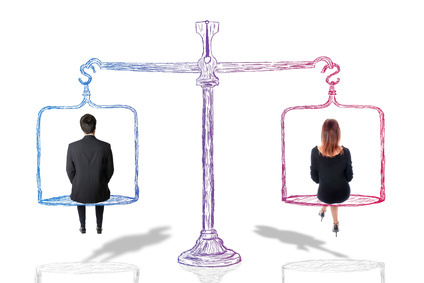 The report, authored by Ofcom (UK) on behalf of EPRA, is based on the results of a questionnaire completed by 31 audiovisual regulatory authorities, and which informed the deliberations of a 2018 EPRA Working Group dedicated to Diversity issues.

The purpose of the comparative report was to provide an overview of the different roles and approaches adopted by national audiovisual regulatory authorities in promoting greater gender representation and portrayal both on- and off-screen, and raising some points for regulators to consider.

The report highlights the following:

The report also provides some European and International context by summarising high level developments within the European Commission and the Council of Europe, as well as the United Nations. Annex 2 of the report includes useful references to other relevant upcoming or completed research in the field of gender equality and media which EPRA hopes will be of assistance to audiovisual regulators in continuing their work in this area.

EPRA is an independent platform, which was founded in 1995 in response to the need for increased co-operation between European regulatory authorities.

Its mission is "to provide an independent and transparent forum for audiovisual regulators to share relevant information, best practice, experience and expertise. It explores innovative means of regulating and analysing the audiovisual sector and sharing that with a wider audience of stakeholders"

53 regulatory authorities from 47 countries are members of EPRA. The European Commission, the Council of Europe, the European Audiovisual Observatory and the Office of the OSCE Representative on Freedom of the Media are standing Observers of the Platform.

In addition to the NRAs from the EU 28, it also gathers:

The EPRA Secretariat is exclusively financed by members and hosted by the European Audiovisual Observatory, to ensure stability and independence, and to make use of natural synergies with the host and minimize administrative burdens and costs.

For additional information on EPRA: