Use of electronic media by children in Portugal: ERC report

Use of electronic media by children in Portugal: ERC report 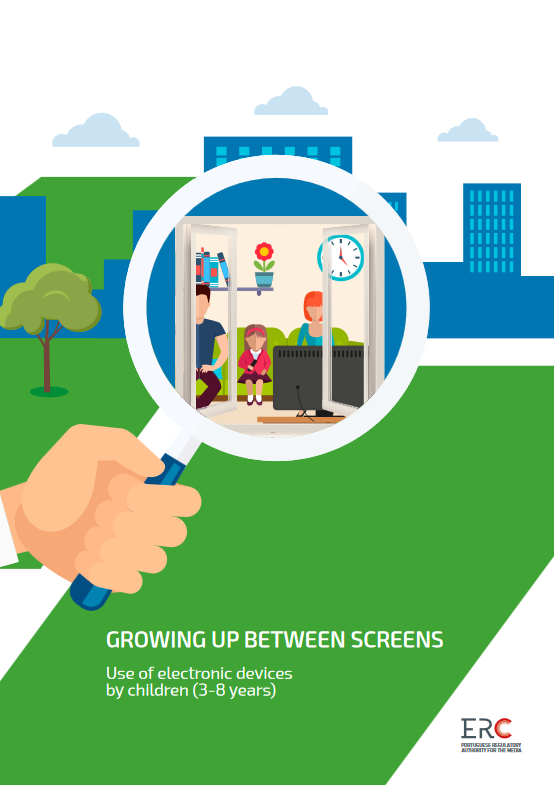 The study seeks to understand how pre-schools and primary age children use electronic media at home and elsewhere. It identifies the electronic devices (televisions, computers, consoles, mobile phones, tablets) which children of these ages use, their means of media access, how parents monitor children's media use and their main concerns about it.

The report is built on two components: the first part is based on a national survey carried out in 656 homes, which included a questionnaire for the parents of children aged from 3 to 8 and another for those aged from 6 to 8; the second part is constituted by interviews and observations in the homes of 20 families with different profiles.

The objective of the study is to help parents, family members, educators, public policy and decision-makers to monitor the relationship between children and the media in a more knowledgeable way.

The main conclusions arising from the report are the following: