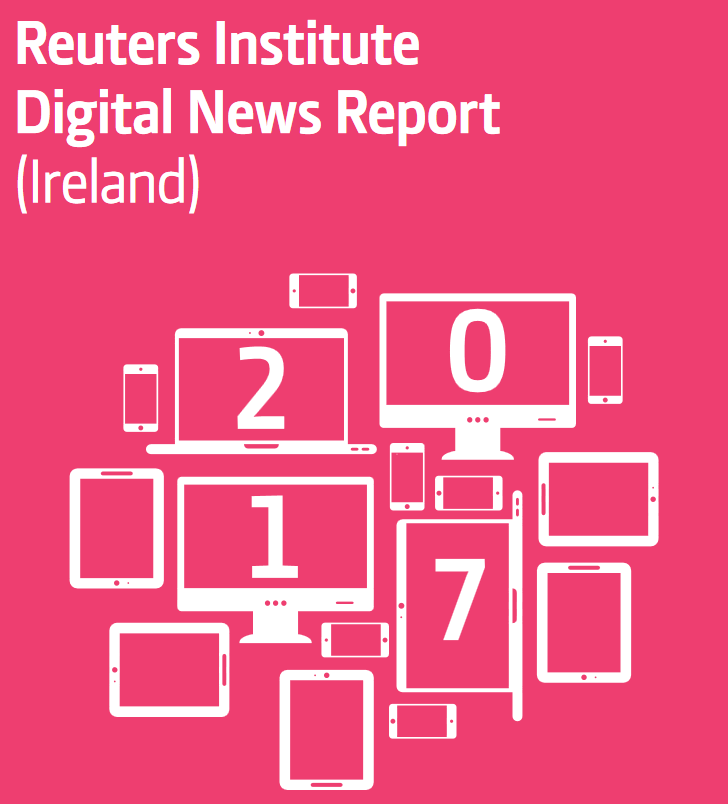 In June 2017 the Reuters Institute for the Study of Journalism published its sixth Digital News Report based on a YouGov survey of over 70,000 online news consumers in 36 countries.

Based on this report, the Broadcasting Authority of Ireland (BAI) published its third annual Digital News Report in partnership with the Institute for Future Media and Journalism (FuJo). The report’s main goal is to capture the changing ecology of news in Ireland by putting the Irish data, collected by the Reuters Institute, in an international context. According to Jane Suiter, Director of FuJo, this report established “a critical knowledge base for the Irish media industry”.