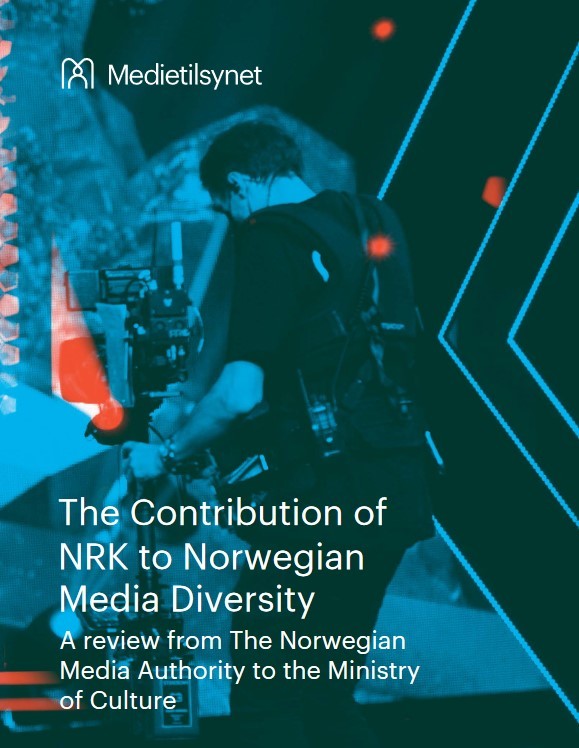 In a report published on 29 November 2021, the Norwegian Media Authority (NMA) concludes that the public service media provider NRK contributes positively to media diversity and to the overall offer to the public by fulfilling its public service broadcasting remit and by working with other actors in the Norwegian media market. A detailed summary of the report is now available in English.

The objective of the report, commissioned by the Ministry of Culture, was to identify how NRK contributes to diversity of content and exposure, whether it fulfils its duty to cover thematic and geographic blind spots and how the competitive effects of its activities impact on the media market. The NMA has analysed NRK's ​​activities, from a content and consumption perspective and in a competitive context, nationally and regionally with a particular focus on online news and current affairs.

The review is based on the analysis of quantitative and qualitative data and studies from a wide range of sources including NRK, public authorities, consultants and academic researchers and takes into consideration input from the media industry.

The main conclusions of the NMA's report are as follows:

As a conclusion to the research, the NMA did not find any reasons to revise the mandate of NRK, or impose any restrictions on the NRK’s digital presence. However, there is some need for adjustments notably when it comes to NRK's coverage of some blind spots at the regional level.