The future of the media ownership legal framework: more flexibility for more sustainability? 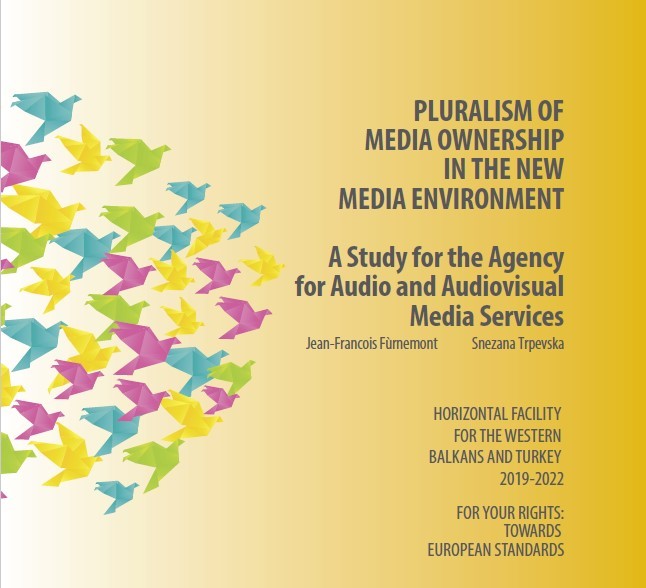 The  Agency for Audio and Audiovisual Media Services, the regulatory authority of North Macedonia, published a study titled "Pluralism of media ownership in the new media environment" in August 2020. The study aims at assessing the current legal provisions on ownership concentration in the audiovisual sector (broadcasters)  in  North Macedonia and at providing recommendations on future policy steps to adapt to the new media environment. Part of the European Union/Council of Europe joint programme horizontal Facility for the Western Balkans and Turkey 2019-2022, this report is based on the current Law, case studies, interviews of stakeholders and provides examples of other national legal frameworks in the European Union (Austria, France and Germany) as well as countries of the region with similar features (Serbia, Croatia, Montenegro and Albania).

The authors of the study, Jean-François Furnémont and Snezana Trpevska, call for more flexibility to allow traditional broadcasters to remain efficient competitors in the national audiovisual market and to guarantee effective media pluralism.

Reminding that the main challenge regarding concentration of ownership is to strike the right balance between democratic and economic objectives to safeguard competition, the report emphasises the lack of dominant position among traditional broadcasters and the high fragmentation of the national market, the challenge raised by the entrance of new competitors such as online platforms and the risk of having commercial national terrestrial TV stations owned by companies for which media is not at the core of their business (and therefore are more likely to be subject to pressure or self-censorship).

In this regard, the report stresses that the current framework does not respond anymore to the reality of the ‘new’ audiovisual environment and provides the following recommendations:

Pluralism of media ownership in the new media environment: A study for the Agency for Audio and Audiovisual Media Services [EN]