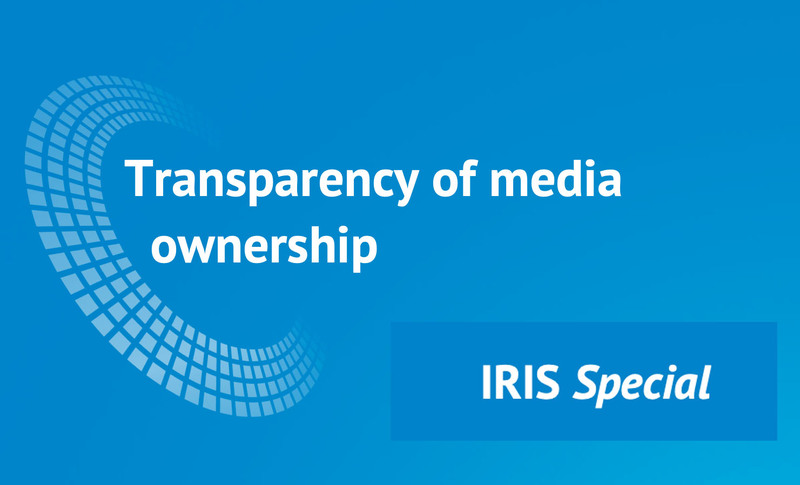 The report, written under the scientific coordination of the Institute of European Media Law (EMR), aims to provide insight on how transparency of media ownership in Europe is regulated. It begins by exploring the reasons behind transparency requirements and delves into the benefits and beneficiaries of transparent media ownership structures.

The report's authors also discuss the rules of transparency in EU primary law – as a possible EU constitutional principle – and secondary law, before taking a look at the work of the Council of Europe on the matter. The last part of the report is a country-by-country analysis of the legislative approach to transparency of media ownership in nine European countries: Switzerland, Germany, Spain, France, the United Kingdom, Ireland, Italy, Poland and the Russian Federation.

The impossibility of a harmonised approach at EU-level so far

Terms related to transparency are scarcely found in the Treaty of European Union (TEU), Treaty on the Functioning of the EU (TFEU) and European Charter for Human Rights (ECHR), although it plays a key role in EU primary law. Article 345 of the TFEU provides that the EU Treaties shall in no way prejudice the rules of member states governing the system of property ownership, including media ownership.

All principles of media transparency at EU-level hence stem from EU secondary law and must subsequently be transposed individually by each member state, making it impossible to directly bring about a legal harmonisation in the EU.

EU member states have opted for various approaches based on EU secondary law – several of which are studied in the report – though often based on non-media specific secondary law, since Article 5(2) of the revised Audiovisual Media Services Directive (AVMSD) is vague regarding the rules that member states should adopt with regard to transparency and only makes it a possibility rather than an obligation.

Approaches to transparency in the 4th EU Anti-Money Laundering Directive (AMLD) and General Data Protection Regulation (GDPR) – although not designed for media service providers in particular – can be relevant for media companies. The upcoming Digital Services Act and Digital Markets Act, and the future AI Act will add to the existing rules.

The report also notes the existence of several other initiatives dealing with the transparency of media ownership, with limited results given the impossibility to rely on harmonised international rules and enforceable national obligations. The EU-funded Centre for Media Pluralism (CMPF) is one such initiative. The CMPF created a Media Pluralism Monitor in 2013, whose role is to analyse and compare the situation of media pluralism in Europe and the national rules on media ownership transparency.

The European Audiovisual Observatory's very own MAVISE database on audiovisual services is another noteworthy initiative with regard to transparency in media ownership: a publicly-accessible online database covering 41 European states and Morocco. MAVISE contains information such as the ultimate owner(s) of a service, targeted countries, genre, registering bodies and country of jurisdiction.