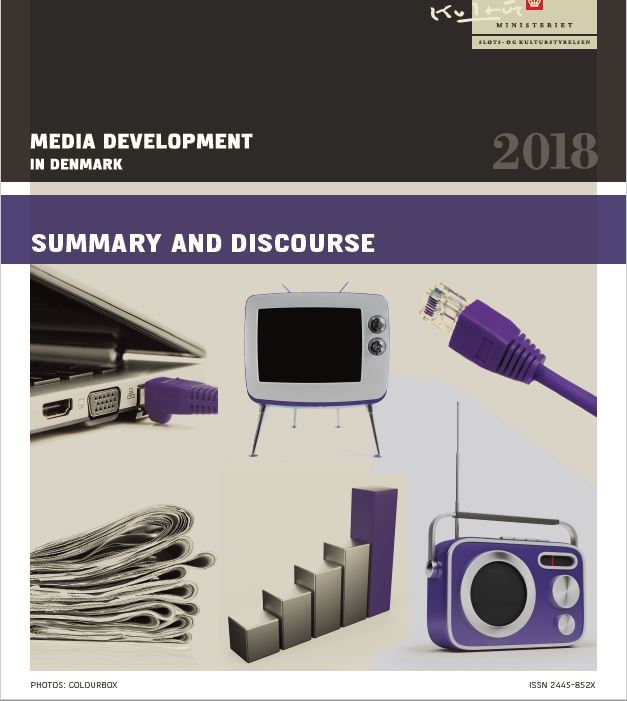 In early October 2018, the Danish Agency for Culture and Palaces published the fifth edition of its annual Report on media development in Denmark.

The Summary and Discourse Report for 2018 provides an overview of the trends in media consumption in Denmark in 2017 as well as the main findings of special reports and surveys about globalisation of the Danish media industry, social media, streaming and Danish consumers’ media-related spending.

The main trends in media consumption in Denmark in 2017 are as follows:

In 2017, the Danish Agency for Culture and Palaces published two special reports and news bulletin surveys:

As for the previous reports, this year’s edition was prepared in consultation with an external editorial panel composed of media professionals who have provided advice and suggestions regarding development and prioritisation as well as quality assurance.

Source: Website of the Danish Agency for Culture and Palaces