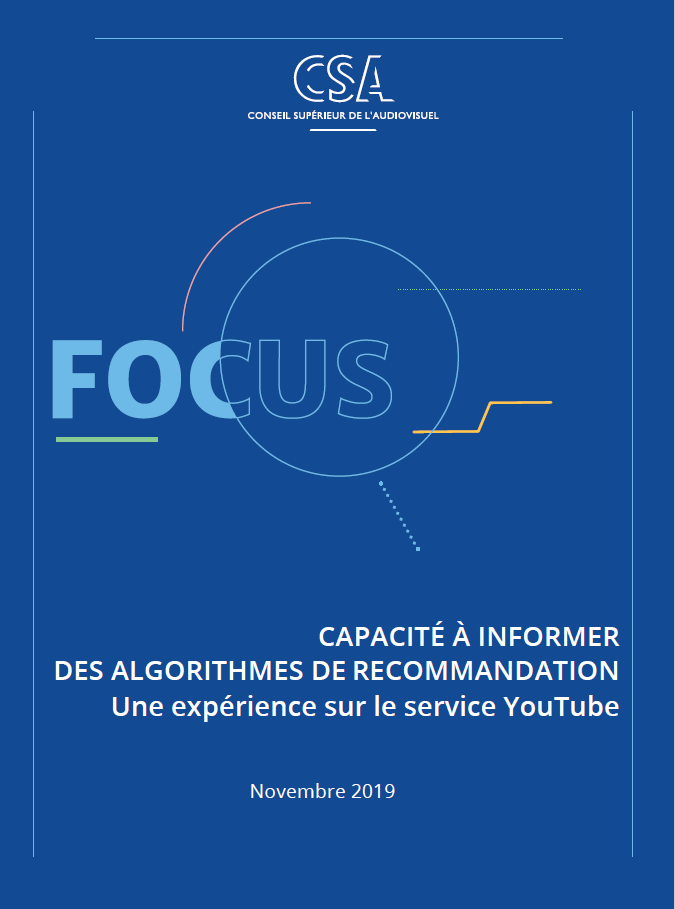 Do video-sharing platforms offer a pluralistic information space for citizens? This is the question that the French Conseil supérieur de l'audiovisuel (CSA) raised in a recent study. On 13 November 2019, the CSA published the findings of an empirical study which was conducted in order to understand how the recommendation algorithm works on the YouTube video-sharing platform and the potential impact on pluralism of information and the diversity of opinions presented to users. The study aimed to contribute to the public debate on the responsibility of content sharing platforms in democratic societies.

More specifically, the study focused on the algorithms that select videos that play automatically, a feature that "is similar to linear television broadcasting":

The main conclusions can be summarized as follows:

While the CSA advocates caution in the interpretation of the findings by pointing out that these observations cannot necessarily be generalized to all algorithms, it nevertheless confirms that video-sharing platforms play a central role in accessing information when they have scheduling and content recommendation functions. The conclusions also highlight the need to strengthen media literacy and relations between public authorities and platforms in order to improve the transparency of algorithms and provide users with clear information on the recommendations made to them.

In a statement included in the report, YouTube stated that its recommendation engine had undergone several hundred changes since the tests were conducted last year.

Update 7 January 2020: the study is now available in English: