EAO mapping report on the nationality of audiovisual works 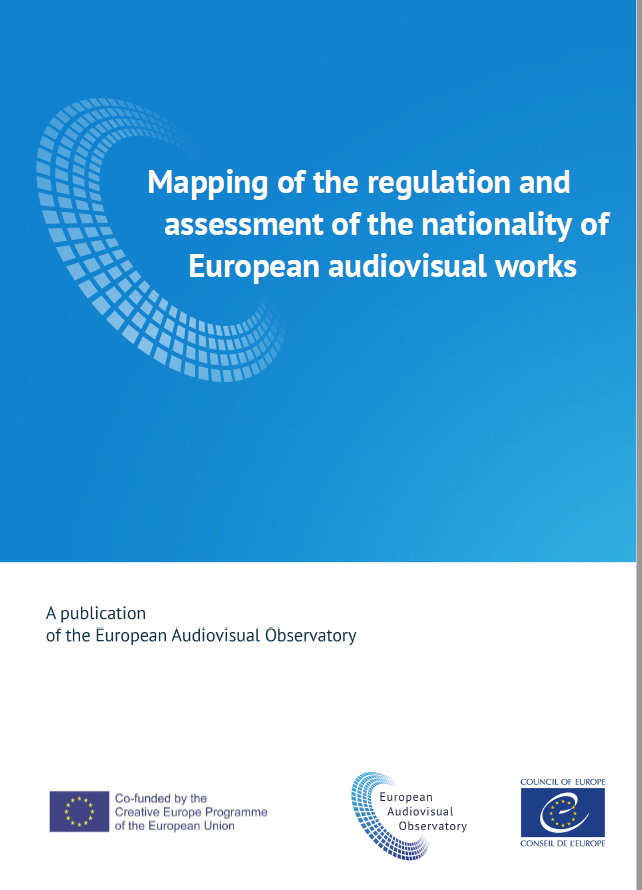 In July 2020, the European Audiovisual Observatory  (EAO) published a mapping report of the legal frameworks and current practices in the European Union to define the nationality of audiovisual works at the request of the European Commission.

Knowing when such a work is to be considered ‘national’ or ‘European’ according to relevant legislation is paramount for producers, public film funds, regulators and service providers. With the revised AVMSD and the extension of share obligations to VOD services, the assessment of the nationality of European audiovisual works is becoming even more crucial. This is the second mapping published by the EAO dealing with European works: the first mapping exercise, which took place in 2018-2019, described the initiatives and rules designed to promote European works in the 31 countries that are members of the EFADs (EU-28, Iceland, Norway and Switzerland).

The present report covers all EU-27 members and the UK. Jean-François Furnémont, founding partner of Wagner-Hatfield, is the contributing author of this publication produced in collaboration with national experts. Media regulatory authorities have been cross-checking the factsheets.

The objectives of the mapping were to:

Key findings of the report:

Difficulties faced by the industry and national bodies:

The conclusions of the mapping report will be presented on the occasion of a public conference organised by the European Audiovisual Observatory that is scheduled to take place (online) on 15 October 2020 from 10:00 to 12:00. Save that date!