Licensing systems for AVMS in EU-28: in-depth analysis by the EAO 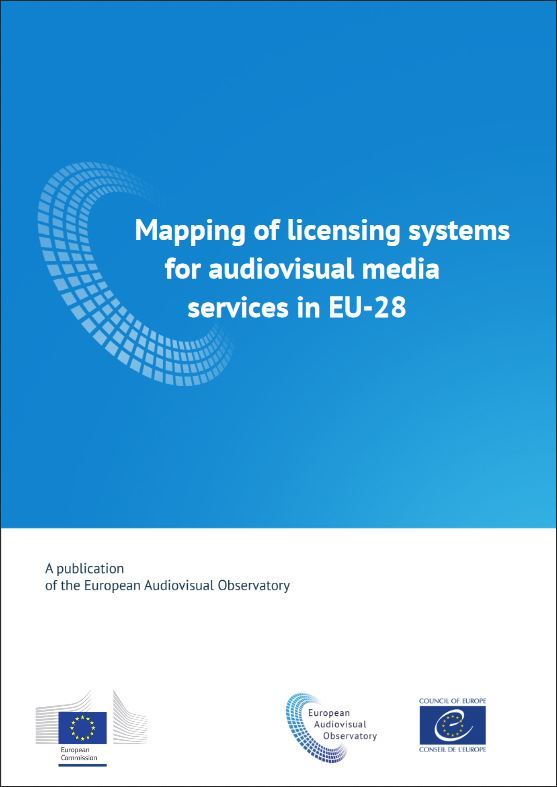 The European Audiovisual Observatory published a Mapping of licensing systems for audiovisual media services in EU-28 on 26 September 2018. This very comprehensive study, the first in-depth research in the field, was commissioned to the EAO by the European Commission and was coordinated by Jean-François Furnémont, founding partner at Wagner-Hatfield. The report, which aims at filling the obvious knowledge gap in the area of licensing, was launched on the occasion of a public conference in Athens.

The objective of the project is to provide both a mapping and a description of licensing and related systems - such as notification for on-demand services - for audiovisual media services in the European Union as well as a comparative analysis on the functioning of the various systems.

A very useful asset of this publication is the last chapter gathering the 28 national summaries; this provides an comprehensive overview on the different systems applicable in the EU-28 and thus enables a better understanding of the variety of existing approaches.

EPRA Background: EPRA members helped cross-check the information provided by national experts. The preliminary findings of the mapping were presented by Maja Cappello on the occasion of a Working Group which convened during the 46th EPRA meeting in Vienna in October 2017. EPRA delegates considered that the mapping, once completed, was likely to be an eye opener for licensing experts on various approaches and may lead to reforms in some areas. Another key finding was that cooperation between NRAs will be more important than ever under the new AVMS Directive. Networks of regulators such as EPRA and ERGA will have a key role to play to facilitate such cooperation.