Takeaways from the 11th ERGA Plenary meeting in Bratislava 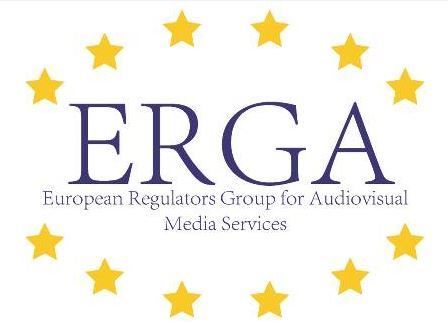 The 11th Plenary meeting of the European Regulators Group for Audiovisual Media Services (ERGA) took place in Bratislava on 20 and 21 June 2019.

One of the main outcomes of the meeting was the adoption of an Interim Assessment of the Implementation of the Code of Practice on Disinformation regarding the implementation of the commitments by Google, Twitter and Facebook in the area of political and issue-based advertising

Furthermore, in the context of the revised Audiovisual Media Services Directive (AVMSD) ERGA adopted a first set of measures relating to its functions and working methods with a view to becoming more effective, transparent, relevant and inclusive.

In addition, the meeting was an opportunity to update members on the ongoing work of ERGA's Subgroup 4 on Gender diversity.

The European Regulators Group for Audiovisual Media Services (ERGA) is composed of national independent regulatory bodies in the field of audiovisual services. The group is in charge of advising and assisting the European Commission in the implementation of the Audiovisual Media Services Directive (AVMSD).
EPRA participates as an observer in ERGA plenary meetings and has the opportunity to update ERGA members on recent activities, as it did at the last meeting in Bratislava, see the attached document.