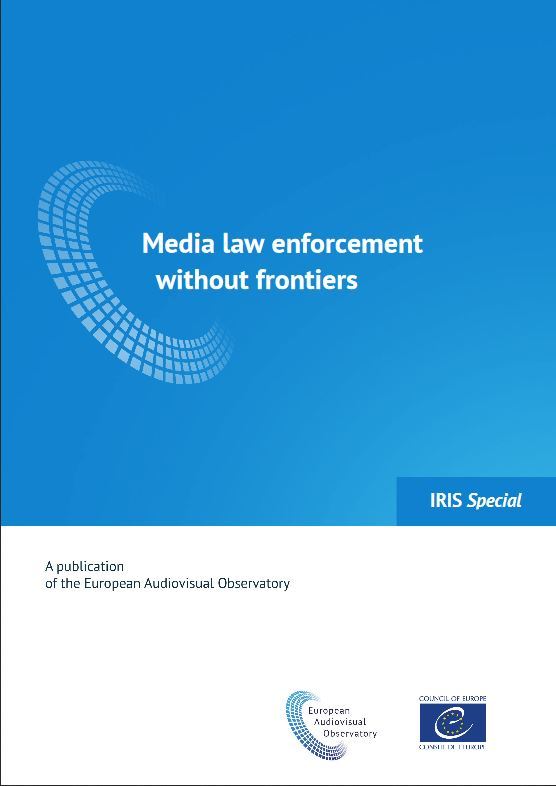 The way the Internet and new communication technologies revolutionised the dissemination of audiovisual content across borders has resulted in a digital cyberspace that is overwhelmed with countless amounts of content (both legal and illegal), thus raising new challenges in terms of regulation. In that regard, ensuring law and order online cannot be achieved exclusively at national levels by single States, regardless of how powerful their legal system and law enforcement measures are. It is against such background that the European Audiovisual Observatory published in January 2019 a report on “Media Law Enforcement without Frontiers”. This IRIS Special, released in cooperation with the Institute of European Media Law (EMR), is particularly relevant for regulators' work because it addresses the question of cross-border law enforcement in the field of audiovisual media online. These issues are addressed at national level by focusing on the practices of the respective regulatory authorities in eight countries, i.e. Austria, Belgium, Germany, Hungary, Italy, Latvia, Sweden and Turkey.

As is emphasised in the national reports, audiovisual regulators need to find sustainable solutions for effective law enforcement, which are increasingly dependent on legal, technical and other specialist skills forming part of a multidisciplinary approach.

Additional EPRA Background: "Compliance and Enforcement Policies, Strategies and Methods" was the subject of an annual EPRA Plenary Session in 2016. On this occasion, Jean-François Furnémont, Founding Partner of Wagner-Hatfield, produced a Keynote address on the " Challenges of ensuring compliance and enforcement in a changing media ecosystem".