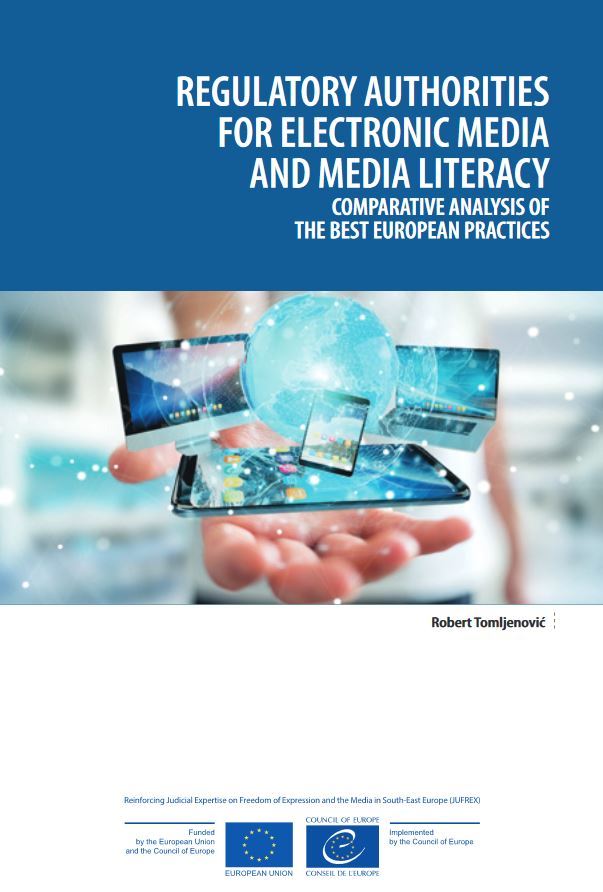 On 20 December 2018, the Media and Internet Governance Division of the Council of Europe presented a study on “European practices of the Regulatory Authorities of Electronic Media regarding Media Literacy” on the occasion of an event held on the same day in Belgrade, Serbia. The publication was authored by Robert Tomljenović, Vice-Chairperson of the Croatian Agency for Electronic Media and was prepared thanks to the support of JUFREX, a joint project of the European Union and the Council of Europe, at the request of the Serbian Regulatory Authority for Electronic Media (REM). The aim of the study was to provide an analysis of the best examples of European practices of promoting media literacy, with special focus on the role of regulatory authorities.

The study showcases examples of the best European practices and regulatory bodies’ engagement on strengthening media literacy, alongside a special review and case study featuring the most successful European country in this field – Finland. It also provides the examples of the broadcasting media regulators’ work in Ireland and Croatia. The study provides an overview of the good European practices in order to inspire and encourage the Serbian Regulatory Authority for Electronic Media.

Based on these examples, the study puts forward some recommendations for the REM:

Even though the study has been made at the request of the Serbian NRA, its conclusions may be of interest for other regulators, especially the ones from the Western Balkan region, given the common challenges and issues resulting from the shared history.

In 2017, an annual Working group was dedicated to Media Literacy and delivered a Comparative Background Document focusing on the role of regulators regarding media literacy.

In 2018 a Media Literacy Taskforce adopted guidelines on how to establish a national Media Literacy Network, Top tips for evaluating media literacy projects”, and “Top tips on stakeholders' engagement”.

In 2019 Media Literacy will remain a priority for EPRA with a permanent Working group allowing for a continuation of the fruitful work conducted until now.