It is going to take longer than you think!

There are plenty of examples of successful and impactful media literacy campaigns across Europe and further afield such as the International Safer Internet Day campaign. The work 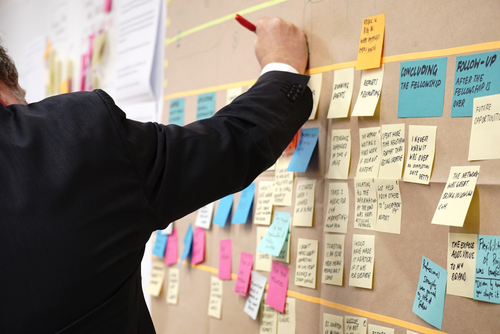 that goes behind the scenes in terms of designing, developing, implementing and managing media literacy campaigns is somewhat less well documented.

This document, jointly produced by Martina Chapman (Mercury Insights) and Stephanie Comey (Broadcasting Authority of Ireland), outlines some of the key considerations when developing and delivering a media literacy campaign, based on the experience of the Be Media Smart campaign organised by Media Literacy Ireland, the network established and supported by the Broadcasting Authority of Ireland.
Photo by Jo Szczepanska on Unsplash

Media Literacy is the literacy of our age and running public awareness campaigns is an important element of a coordinated approach to promoting media literacy. It is therefore advisable to plan them carefully.

The Top Tips on planning a media literacy campaign were presented to EPRA members on the occasion of the 50th EPRA meeting which took place in Athens on 23-25 October 2019 during a working group session focusing on media literacy skills relating to the use of social media and video-sharing platforms. The Norwegian and the Catalan regulators also presented examples of recent awareness raising campaigns respectively targetting senior citizens and teenagers.

For the last two years, EPRA has been the home of a developing taskforce of media literacy regulators. From a small group who first met in Luxembourg in 2018, to a permanent working group in 2019, the network has helped to develop strong links between regulators who are active in this field - to share experience, learn from each other, support new initiatives and foster long-lasting links.

In the second half of 2019, we launched an online discussion forum on Media Literacy for NRAs and have, to date, published several pieces of guidance on topics such as launching networks, evaluation, research and campaigns.

In 2020, media literacy will be a theme reflected throughout the EPRA Work Programme. But more than that, we plan to build on these auspicious beginnings further by increasing engagement around the forum, and cementing the network of contacts that has grown within EPRA. Any regulators responsible for media literacy in any way, and who want to play an active part will be able to get involved in growing this important collaborative group. We will also be looking at how we can engage externally as a group of regulators with an interest in ML - and of course welcome any interest in our network from others.