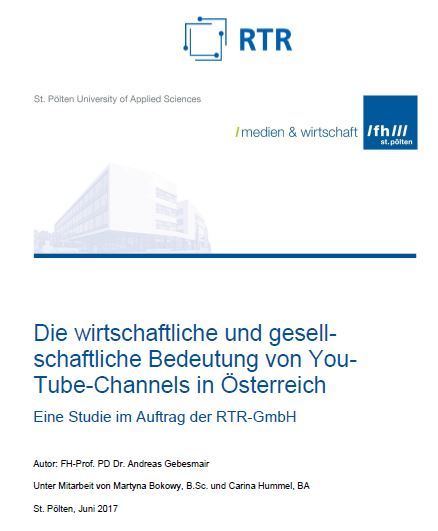 In July 2017, RTR, the organisation providing support for the Austrian Communications Authority KommAustria, published for the first time a study on the economic and societal relevance of YouTube channels in Austria. The study, commissionned by RTR at the initiative of KommAustria and authored by Professor Andreas Gebesmair with Martyna Bokowy and Carina Hummel, from the St. Pölten University of Applied Sciences, aims at providing a first overview of the offer of channels on YouTube in Austria based on an analysis of a sample of the 100 most subscribed channels and the 100 most viewed self-produced videos of YouTubers among the "Comedy", "Entertainment", "Gaming", HowTo & Style" and People & Blogs" genres.

The main results of the study show that: