Generational trends, the preservation of cultural heritage, stereotypes, harmful content and the role of Ofcom: the perceptions and expectations of minority ethnic audiences in the UK 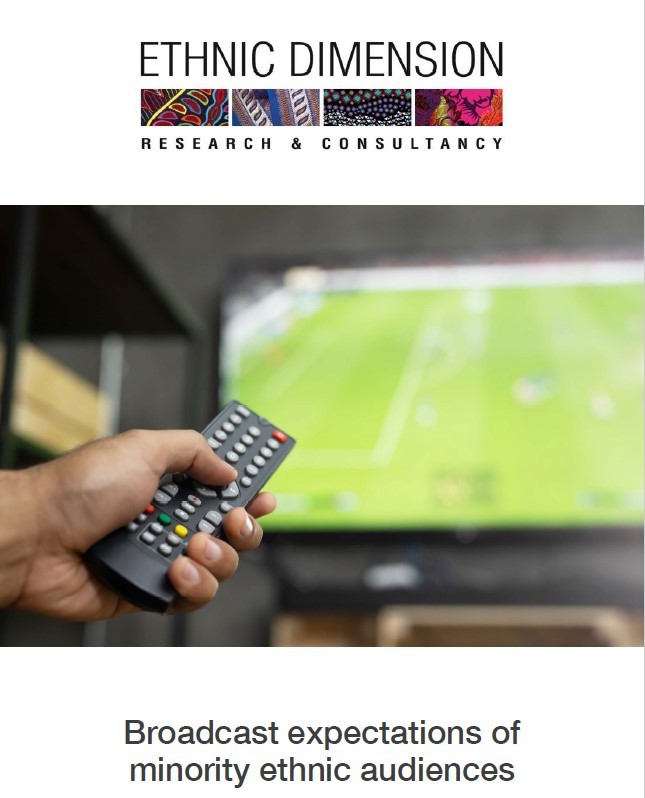 On 3 November 2021, Ofcom released a new report aimed at understanding the expectations, consumption and perceptions of minority ethnic audiences regarding both mainstream TV channels and radio stations and those that directly serve them and their cultural or religious communities.

Driven by the need to better understand the user's perspective, Ofcom has organised online discussion groups, family sessions and follow-up groups with more than 170 adults from the largest minority ethnic communities in the UK with a number of channels and stations licensed by Ofcom aimed at their ethnic communities (Indian, Bangladeshi, Pakistani, Black African and Arabic-speaking audiences).

Even though this qualitative study cannot fully represent the diverse views of the communities as a whole, it provides some first trends and basis for further analysis:

► The third generation is more aligned with UK cultural values and familiar with content from a wide range of broadcasters, media aimed at their communities being more a way to maintain connection with the family and elder generations.

► The first and, to a lesser extent, the second generation might be less fluent in English and more attached to their traditional cultural and faith values. As a result, media aimed at their communities are the main media consumed, especially among the first generation.

► The participants in the study highlighted the importance that these media represent as they help preserve cultural, faith and linguistic heritage for future generations, remain connected with the countries of birth, and allow them to see ‘people who look like them'.

► Conversely, the participants expressed some concerns regarding areas of potential harm and offence that might affect the community. The protection of children and the incitement to hatred or abuse between different groups or communities were the most reported concerns. The gender role portrayed in certain programmes was also mentioned as it can generate some tensions between generations.

In general, the participants showed a lower level of expectations when it comes to media aimed at their communities, mostly due to a general lack of awareness that these services were subject to any regulation.

Ofcom emphasises that this first report is only a beginning, as a lot of work is still required to liaise with and research minority ethnic audiences' expectations and their evolution over time.