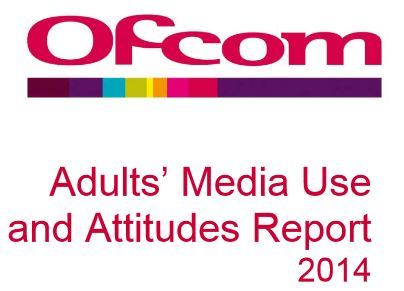 Ofcom has published, on 29 April 2014, its Adults’ Media Use and Attitudes Report 2014, which provides detailed information concerning media use, attitudes and understanding among adults (aged 16 and over) across the key platforms of the internet, television, radio, games and mobile phones.

This year’s edition shows that the number of people aged 65 and over accessing the internet has risen by more than a quarter in the past year - notably driven by the success of tablets. Overall internet use increased from 79% of all adults in 2012 to 83% in 2013. Younger people (16-24 year olds) on average spend more than a whole day per week surfing the web, this compares to an average 9 hours online  among adults over 65.

The report indicates that younger internet users (aged 16-24) appear more informed than all adult users about protecting their personal information on social media.

The research also reveals that watching TV continues to be the media that adults say they would miss most if it was taken away. Young people aged 16-24 are more than three times more likely to choose their smartphone (47%) over TV (13%), while people over 65 say they would most miss watching TV (68%).

Adults’ Media Use and Attitudes Report 2014