Media regulatory authorities and the challenges of cooperation - IRIS Plus report, co-authored by EPRA

Key ingredients for evidence-based, future-proof regulation include structured coordination between NRAs at the national and European level, in-depth research, and enough resources in terms of funding, staffing and tools 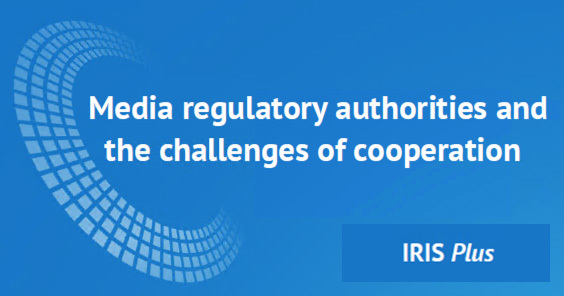 The report reviews the unprecedented challenges that national regulatory authorities face further to the complexification of the media ecosystem and the changing nature of regulation. Regulators must adapt to many technological, market-related, and legislative changes, taking over new tasks and responsibilities, and develop new approaches to regulation, including self- and co-regulation, so that they remain relevant and effective in an online environment.

All these factors explain why cooperation between media NRAs in Europe is vital. Cooperation between media NRAs has come to play a central role in the implementation of the current audiovisual legal framework at national and transnational level, most notably in the Audiovisual Media Services Directive. In the online sphere, cooperation and coordination will be more important than ever for the sake of coherence and efficiency.

This report provides an overview of:

The report finds that media NRAs - and all regulatory authorities involved in the regulation of online actors - should strive to reach a greater level of cooperation at the national and European level and rely on in-depth research for a good understanding of the ecosystem and evidence-based, future-proof regulation. To reach this goal, NRAs may need to fundamentally review their traditional regulatory missions, work processes and organisation. Media regulatory authorities will also need to be equipped with enough resources in terms of funding, staffing, tools, and skills to fulfil their expanding missions in a satisfactory manner.

Source: The European Audiovisual Observatory and the EPRA Secretariat