The youngest and oldest scored the worst 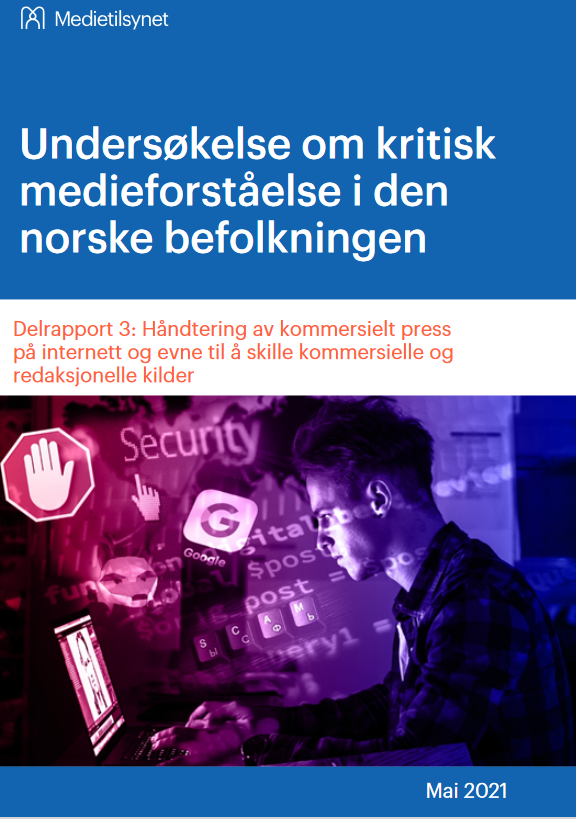 In the new representative survey, the respondents were given several practical tasks, including answering whether six specific items on a front page from an online newspaper were editorial or commercial. Respondents should also define the type of information a Google search led to, and assess whether it was commercial, editorial or public information.

Some key outcomes of the study include:

The results highlight the importance of clear labelling and identification of different types of content and of measures to strengthen source-critical competence.

Strengthening the population's critical media understanding is a priority for the Norwegian Media Authority: it develops advice and guidance material for various groups, and will soon come up with a new scheme for the elderly. The Authority has also developed teaching programmes on source criticism for secondary school students.

Methodology: The 2021 survey was conducted by Kantar in collaboration with academia on behalf of the Norwegian Media Authority. More than 2,000 people aged 16–102 have participated in this year's survey. The sample is nationally representative, and the respondents are drawn at random from Kantar's web panel.