While Public Service Media play a central role in promoting a better gender balance, the  goal is still not achieved 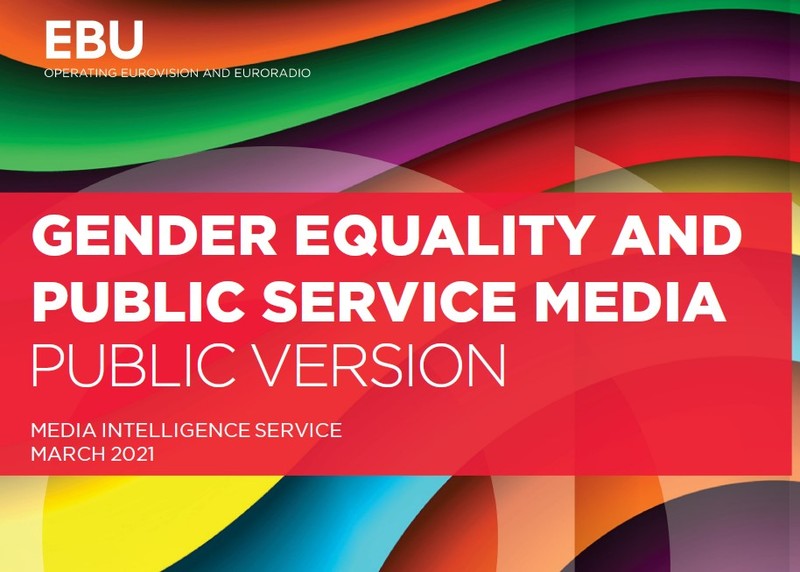 The third edition of this EBU report analyses the data for the years 2019/2020 in the European Union and the United Kingdom. For the first time, the Media Intelligence Service of the European Broadcasting Union focuses on gender equality at corporate level (off-screen) as well as on gender representation on air (on-screen). As highlighted by the report, promoting diversity is part of the social responsibility of Public Service Media (PSM) and achieving gender equality is necessary for PSM to transform themselves, remain relevant and attract talents.

Women are still under-represented on European radio and TV channels, not only with regard to on-air presence but even more regarding speaking time. This is particularly acute in news and sports programmes (a trend reinforced by the Covid-19 crisis). Regarding fiction, even though the overall presence of women is higher, issues such as stereotypes and ageism remain.

- It is worth noting that, according to a 2020 Nielsen report on US TV content, online platforms have taken an active approach toward diversity in their content and this seems to have had a positive impact in terms of audience and performance.

Nevertheless, the report highlights the clear commitment of PSM in achieving a better balance, with some measurement mechanisms and strategies put in place to raise awareness and improve women’s representativity on-screen.

In this regard, the report lists several best practices developed by or with PSM in Europe:

- The use of Artifical Intelligence tools to monitor audiovisual content archive to measure gender speaking time in France (project presented at the 50th EPRA meeting by the CSA (FR)),

- The 50:50 project initiated by the BBC news: a self-monitoring project gathering 85 organisations in 24 countries;

- The development of female experts databases in Belgium, France, Ireland and the United Kingdom;

- In Finland, Yle dropped the reference to gender in its sport programmes.

Whereas women represent more than 45% of the total labour force in PSM in Europe in 2019, this does not reflect a gender-balanced situation in all countries and great disparities remain in Europe. However, PSM play a leadership role in the audiovisual market compared to the private sector.

Further recent documents and reports on the topic: