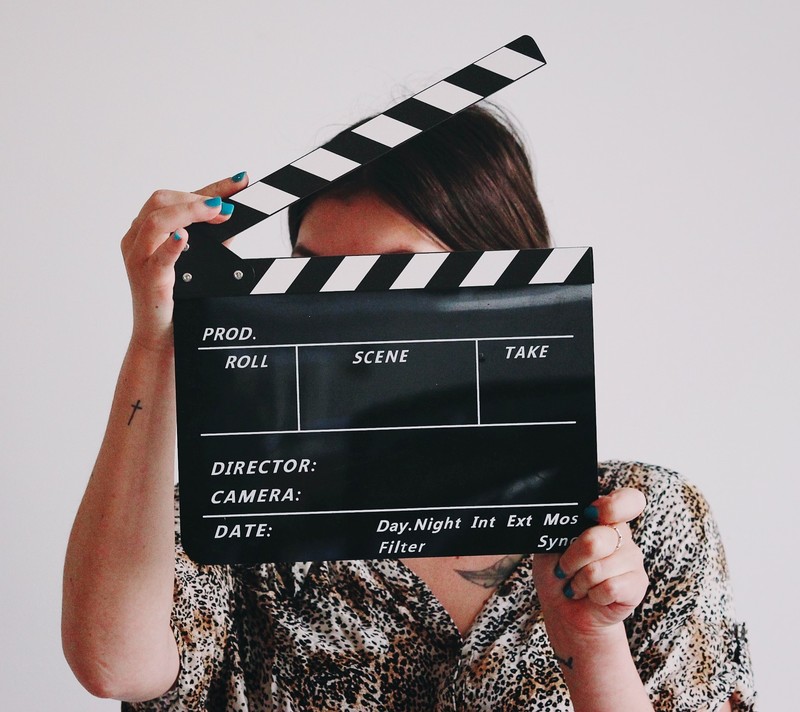 Stemming from Article 13 of the Audiovisual Media Services Directive and following the transposition, a French Decree sets out (since 1st July) the new rules applying to on-demand audiovisual media services to support and promote European and original French-language works.

The French regulator, the 'Conseil supérieur de l'audiovisuel', who is tasked to implement the new rules, welcomes the Decree while underlining its complexity and the need for a consistent overall scheme as other legal initiatives are under discussion in France*. The CSA is also mindful to engage in a constant dialogue with his peers within ERGA to secure an efficient regulation of international stakeholders in Europe.

- Financial contributions ranges from 15 to 25% of the annual turnover – generated in France for non-established providers – with a substantial part dedicated to original French-language works.

- The contributions shall be spread among diverse type of works and allocated to, notably, the purchase of exploitation rights, investment in producers' shares, support to writing and development work, adaptation for people with disabilities or financing for dubbing, subtitling, promotion of the works, as determined with the CSA through specific contractual agreements ("convention").

Applying only to on-demand media services under French jurisdiction, the Decree goes further than the AVMS Directive by imposing a proportion of 60% of European works and 40% of original French-language works in the catalogue, for both film and audiovisual productions.

Compulsory for audiovisual media services established in France and with an annual turnover exceeding 1 million €, the "convention" with the CSA is merely advisory for providers who are not established under French jurisdiction but target the French territory. In the absence of a convention, the CSA will determine the implementation conditions applying to the media provider on its own.

This new decree has provoked mixed reactions from the stakeholders and at European level.

While the European commission expressed concern for the high contribution rate in terms of original French-language works which might create unfair advantages for French production companies, on-demand media providers, such as Netflix, ask, in return, to be able to benefit from national support schemes and subsidies, as it is currently the case for the other production market players in France.

It remains to be seen how these new rules will be implemented in practice and whether they will require to apply a sanction mechanism to be effectively enforced.

For a more detailed presentation of the conditions and rules provided by the decree, see below. 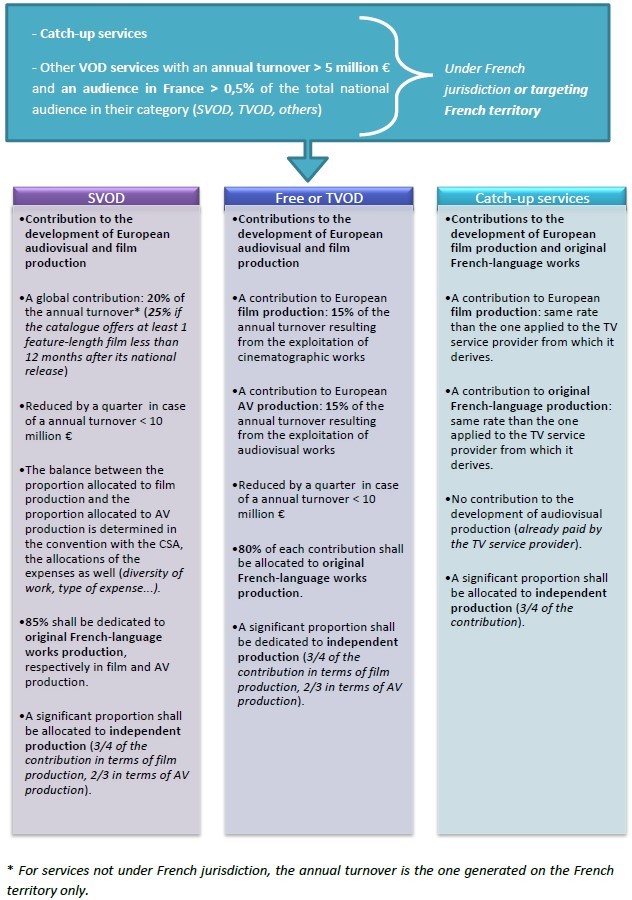 The supply and promotion of European and original French-language cinematographic and audiovisual works (providers under French jurisdiction only): 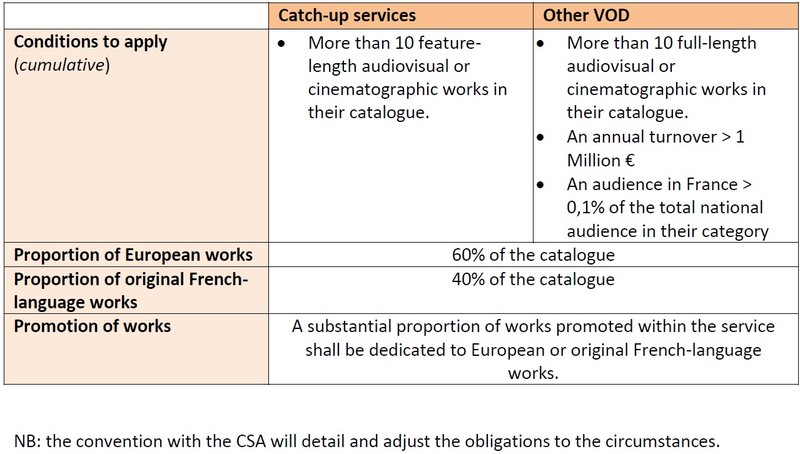 Photo by Jon Tyson on Unsplash