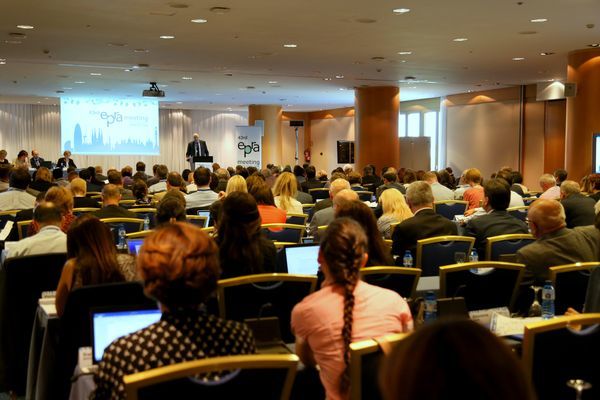 EPRA was back to Barcelona for its 43rd meeting which took place from 25 to 27 May 2016 at the invitation of the Catalan Audiovisual Council (CAC). About 175 delegates representing 50 regulatory authorities from 45 European countries gathered together in order to discuss issues related to media regulation and to exchange information and best practices.

One guiding principle running through the meeting was to provide audiovisual regulators with keys to better grasp the complexity of the convergent media landscape, highlight interrelationships with other sectors and raise the awareness of emerging issues and regulatory challenges. In the first plenary session entitled "Is there still a future for free-to-view TV?", a panel of expert speakers focused on the societal, economical and technical implications of the ongoing re-allocation of broadcasting spectrum for audiences and service providers. A working group "on the impact of data protection and big data on media regulation" also provoked lively exchanges around algorithms and prominence of European works, big data and pluralism of information and profiling and targeted advertising.

Another overarching theme of the meeting was the exchange of experience and best practices concerning internal processes relating to the governance, the functioning and the daily operations of media regulators - ultimately to encourage independent, accountable and efficient regulation. During the second plenary session, a panel of regulators started a frank and open dialogue on matters of compliance and enforcement by looking at policies, strategies, methods and results notably by sharing success stories and failures.

The Assembly of EPRA members also addressed hot issues on this year's regulatory agenda with a working group on "Media in times of crisis". Terrorism, migration and new lines of conflict challenge regulators in new ways; guest speakers provided EPRA members with the best possible understanding of conflict reporting and the issues at stake.

Enduring issues of media regulation, such as the protection of minors were however not forgotten with a round-table debate on the regulation of reality and talent shows.

Another noteworthy moment of the meeting was the “premiere” of the Proposal made by the European Commission on 25 May for an updated Audiovisual Media Services Directive (AVMSD), which was presented to the EPRA Community by Marcel Boulogne of the DG Connect. The draft provisions dealing with the independence of regulators and the extended scope to online platforms were a particular focus of interest.