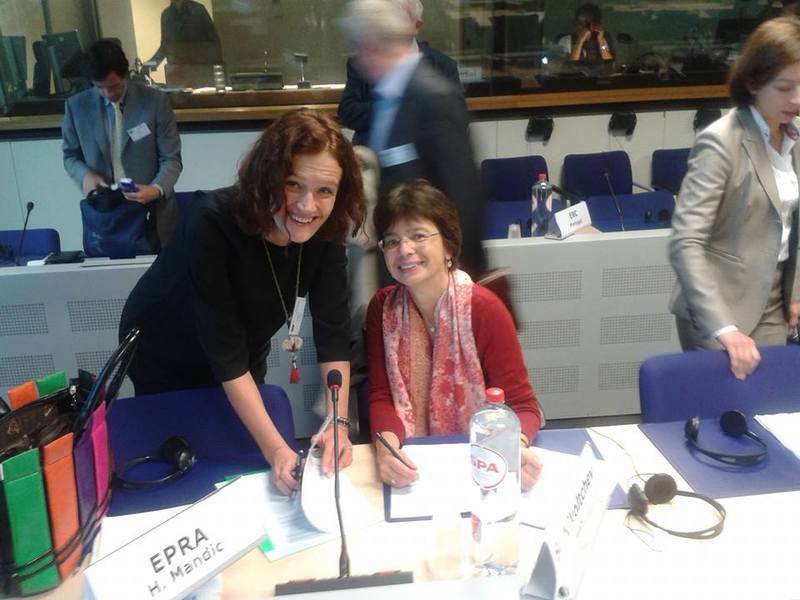 The revised Memorandum of Understanding (MoU) between the EPRA Board Association represented by the Chairperson of the EPRA Board, Ms. Helena Mandić and the European Audiovisual Observatory, represented by its Executive Director, Ms. Susanne Nikoltchev concerning the Service Contract for hosting the EPRA Secretariat was signed on 21 October 2014 in Brussels. The aim of the amendments is to update the formal provisions after several years of practice. The MoU was last modified in 2008.

The European Audiovisual Observatory’s Executive Council decided, on 17 June 2005, to host the EPRA Secretariat. The Memorandum specifies the conditions of the hosting and is renewed every year. Further to the MoU, the Observatory will continue to "host the EPRA Secretariat and provide for all facilities and services needed to fulfil its functions as defined in article 7 § 3 EPRA Statute". The costs incurred by hosting the Secretariat are covered by the financial contribution of the EPRA Board Association.

The cooperation between EPRA and the Observatory, which has increased over recent years, provides added value for both parties. EPRA is a member of the Observatory’s Advisory Committee and the Observatory has the status of a permanent observer at EPRA meetings. Recently both sides decided to organise joint workshops developing a theme of the EPRA annual Work Programme.