A brand new Board for the Italian AGCOM

On 2 October 2020, President Giacomo Lasorella and Commissioners Laura Aria, Antonello Giacomelli, Elisa Giomi and Enrico Mandelli participated  in the inauguration meeting of the new AGCOM Commission in the Rome office of the Italian regulatory authority.

On this occasion, the newly elected AGCOM President stated that the  relationship with Europe and with the various bodies that bring together the national regulatory authorities in the various sectors such as BEREC, ERGA and ERGP, as well as with the European Commission, will be crucial. 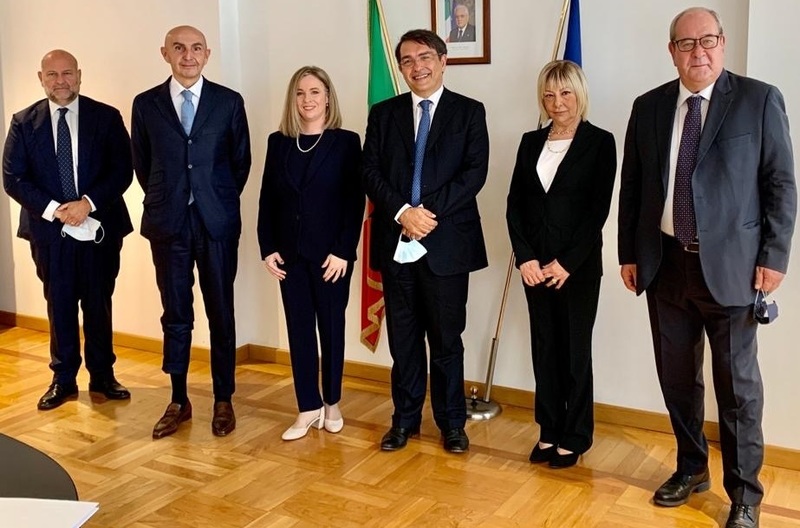 On 15 September 2020, the President of the Italian Republic had signed the appointment decrees for the new AGCOM board, which were subsequently published in the Official Journal. This marked the last step of the appointment procedure of the Board of the Italian converged regulator. The new composition of the AGCOM Board is as follows:

This is the fourth Board of the AGCOM and the first time that there is a gender balance among the commissionners.

More information about the procedure: