A brand new EPRA Board based on continuity and experience

EPRA elects Celene Craig as Chairperson; Johanna Fell joins the Executive Board: A brand new EPRA Board based on continuity and experience


Elections for the entire EPRA Executive Board (one Chairperson and up to a maximum of four Vice-Chairpersons) were held at the EPRA meeting in Berne on 15 May 2015. 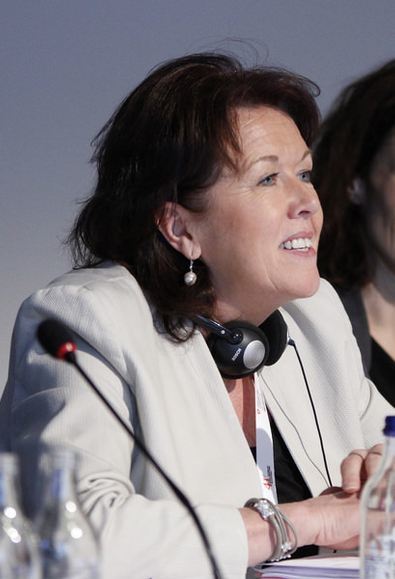 Celene Craig, Deputy Chief Executive at the Broadcasting Authority of Ireland was elected Chairperson for a period of two years. Ms. Craig is no newcomer to EPRA. She has been involved in the activities of the Board in her capacity of Vice-Chairperson since June 2014 and as an active participant in EPRA meetings as early as 1998. The Irish authority joined the EPRA network in 1995 (at that time as I.R.T.C.) and was the first official EPRA Member.

In carrying out her tasks, the new Chairperson will be supported by the Strasbourg-based Secretariat and by four Vice-Chairpersons. Pursuant to the EPRA Statutes, the Chairperson chairs the meetings and represents the EPRA in its external relations. The Chair is also responsible for the agenda and the minutes of the meetings.

Johanna Fell, European Representative at the Bayerische Landeszentrale für neue Medien in Germany joined the 5-person Executive Board for the first time. She has however been involved with EPRA since its second meeting.

Mònica Ariño, Director of International Affairs at the British Ofcom, Damir Hajduk, Vice-Chairman and Member of the Agency for Electronic Media of the Republic of Croatia and Helena Mandić,  Director of Broadcasting at the Communications Regulatory Agency of Bosnia and Herzegovina remain Vice-Chairpersons of the platform.