A brand new composition for the CAC 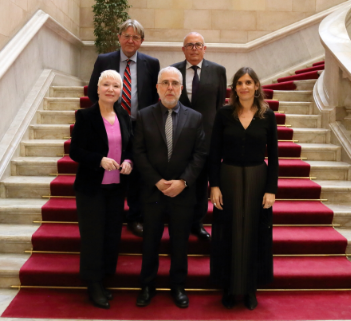 Mr Xevi Xirgo i Teixidor was elected on 10 February 2022 by the Parliament of Catalonia as President of the Catalan Audiovisual Council (CAC).

He is joined by four new Council Members who were also appointed on the same day:

The new President and Council members took office on 22 February, during an event presided over by Laura Borràs, the President of the Parliament of Catalonia.

Mr Xirgo i Teixidor replaces the former President, Mr Roger Loppacher i Crehuet, whose term had officially expired in July 2018.