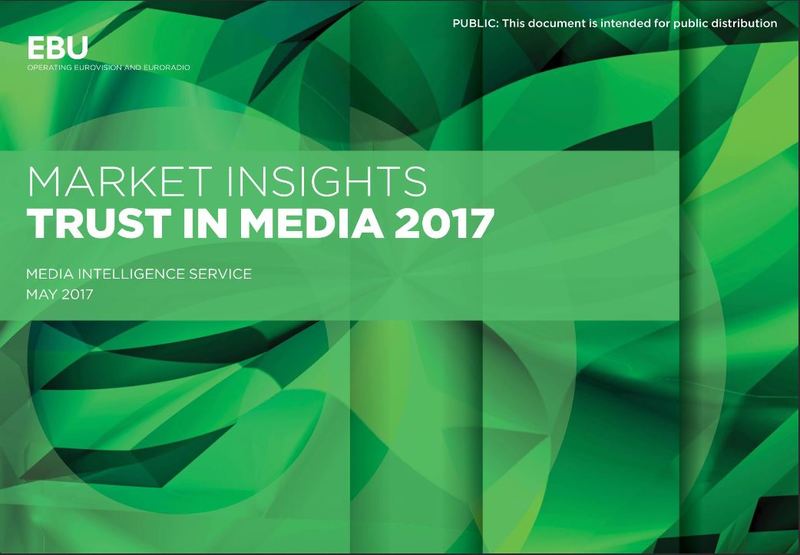 In the current context of information abundance, trust in media seems to be important factor in the relationship between media and their audience. Therefore, measuring trust appears essential for tracking the evolution of citizens’ perceptions of media organisations.

Trust in Media throughout Europe has been measured by EBU in its “Trust in Media 2017” report published on 23 May 2017 in which it is defined as “the individual’s perception of the reliability of other individuals and institutions”. The report is based on the results of the data published in the 86th Eurobarometer survey.

In comparison to the results of the previous report, trust in broadcast media (radio and TV) and the written press increased again, while trust in online media (Internet and social networks) continued to decrease.

This report has been produced by the Media Intelligence Service (MIS) of the EBU. The MIS provides Member broadcasting organisations with the latest market data, research and analysis needed.