Arcom: the new French regulator redesigned for a better regulation of the online sphere 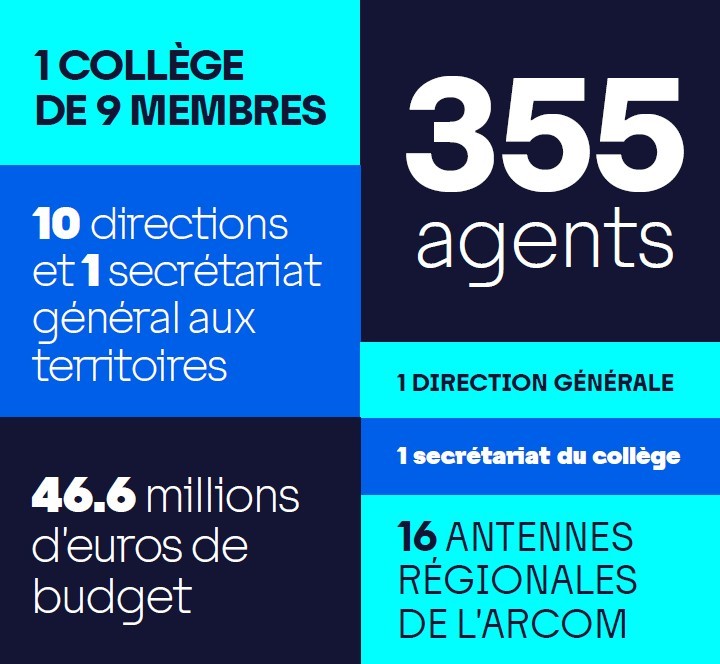 Arcom was created by the law of 25 October 2021 on the regulation and protection of access to cultural works in the digital age (loi du 25 octobre 2021 relative à la régulation et à la protection de l'accès aux œuvres culturelles à l'ère numérique) which came into force on 1 January 2022. In addition to going forward with the CSA’s former missions, such as preserving pluralism, it is designed to provide appropriate answers to the challenges posed by the regulation and systemic supervision of the online sphere and online platforms.

The Arcom Board ("collège") is composed of nine members, appointed by thirds every two years by five different authorities (from the executive, legislative and judiciary) for a single, non-revocable term of six years – with two new appointees, Laurence Pécaut-Rivolier and Denis Rapone, joining the seven who made up the CSA Board, before the creation of  Arcom.

The internal structure has also been modified to reflect Arcom's extended missions. It notably includes a Directorate for Online platforms ("direction des plateformes en ligne"), tasked – among other things – of creating methods of evaluating a platform’s compliance with the regulation and a newly created Directorate for Creation ("direction de la création") to ensure the sustainability of French and European works through financing obligations - now also encompassing foreign subscription-based VOD services further to Art. 13 (2) of the AVMS Directive - and protecting rights.

As a means to succeed in providing better regulation, the Arcom has been granted a wider array of tools. It notably has: