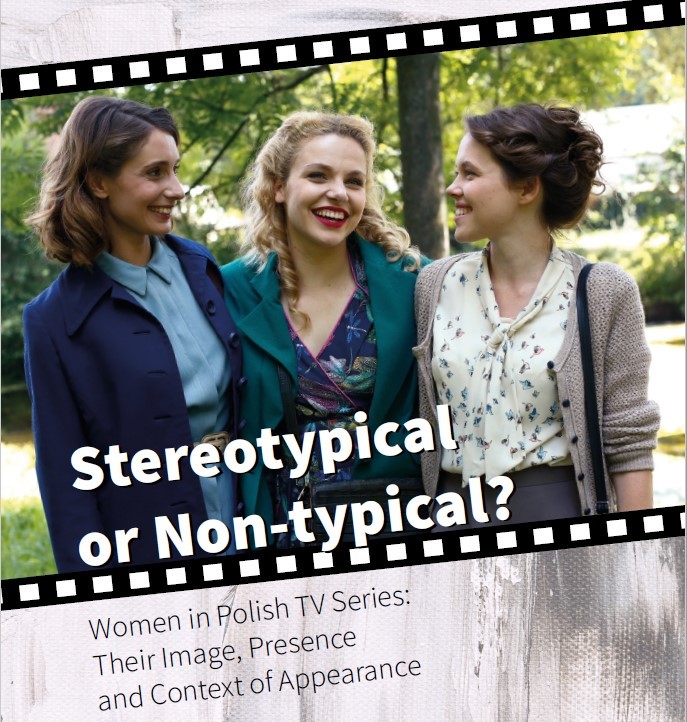 Based on the belief that media is a key area to shape social perceptions and building on the development by ERGA of uniform indicators to measure the presence of women in programmes, the National Broadcasting Council of Poland (the KRRiT) has recently released a study on the image of women in Polish TV series, made in collaboration with the Nicolaus Copernicus University from Toruń.

The key objective of this quantitative and qualitative analysis was to determine ‘to what extent do contemporary Polish TV series try to change stereotypes about women and to what extent do they preserve them?’

The report analyses eight very popular TV series broadcast on the three largest television stations of the Polish television market i.e. TVP, TVN and Polsat, across four genres (drama, historical series, crime and comedy). Based on a previously prepared list of stereotypes, the study focuses on the situational context of the exposure (public/private/professional/sportive/social/illegal activities sphere…) and how women are represented in such context (gesture, activity, feelings, relationships…).

As a result, it appears that:

Even though the study emphasises the difficulty to assess the real impact of media on societal changes and the extent of the influential relationship between media and society, it appears anyway that for now, TV series in Poland tend to reflect the reality of contemporary societies rather than trying to inspire social changes through the media.