On 27 February 2020, UK regulator Ofcom published a review of the public service broadcasting* (PSB) over a five-year period (2014-2018) and an accompanying interactive data report.

Ofcom is required, by the Communications Act 2003, to review delivery of the objectives of PSB established by legislation and to ensure that a range of high-quality television programme is provided.

Key findings of the review include: 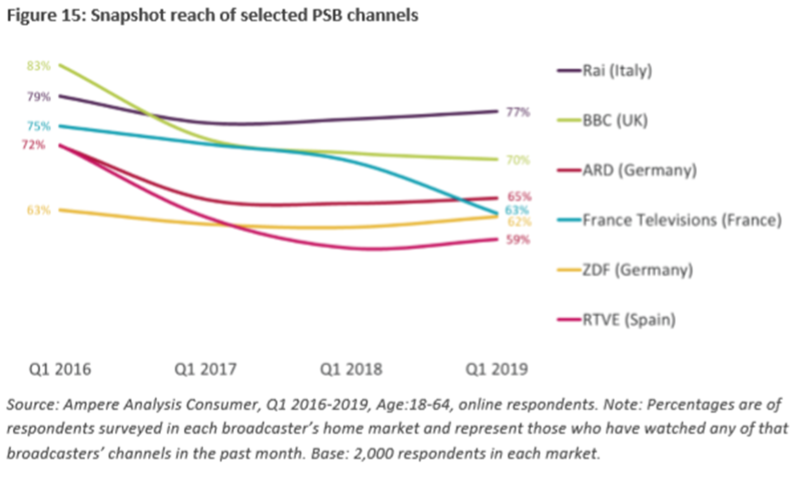 The new review also intends to feed and encourage an open public debate about both the future role of the PSB channels and the role of the wider media industry.

For this purpose, Ofcom has launched a dedicated website, www.smallscreenbigdebate.co.uk/.

*The PSB channels in the UK: the BBC public service television channels and the main channels of ITV, STV, Channel 4, Channel 5 and S4C.

Further EPRA Background: At the 51st Meeting to be held in Antwerp on 14-15 May 2020, a working group on regulators and citizens will exchange best practices on how to engage with citizens.