Public Interest Content and discoverability: a new study from the Council of Europe 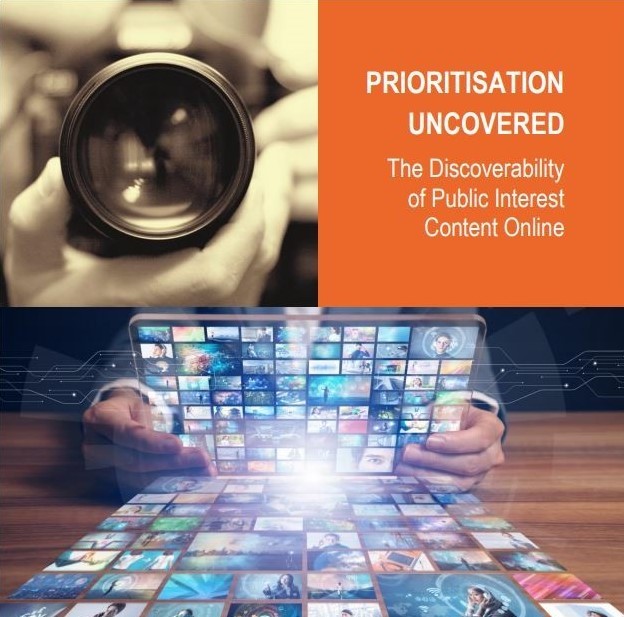 Prepared within the context of the work of the Committee of Experts on Media Environment and Reform (MSI-REF) of the Council of Europe, a new study entitled ‘Prioritisation uncovered – The discoverability of Public Interest Content Online’ by Eleonora Maria Mazzoli, Researcher, LSE and Dr. Damian Tambini, Associate Professor, LSE, investigates the internet-distributed ecosystem to understand what prioritisation of public interest content could mean and imply for regulatory policy.

Among the key issues addressed by the report, some points are highlighted hereafter:

The authors define it as ‘the range of design and algorithmic decisions that positively discriminate and promote content by making it more discoverable or prominent on different devices and related user interfaces’, differentiating the prominence (positive discrimination of a content/service on a given interface) and the discoverability (likelihood of the content’s consumption, depending on industry dynamics, negotiations and organisational strategies).

Regarding online content, the report emphasises the lack of a coordinated approach, of a knowledge of industry practices and of a specific regulatory framework.

According to the report, the criteria to define such content and the way it should be implemented (self-regulation, co-regulation or regulation) raise very divergent views. However, it seems that a principle-based approach, focused more on categories of media organisations that can act in the public interest rather than on content ifself meets a broad agreement.

The authors have identified criteria that have emerged from their analysis and interviews with experts and stakeholders such as the degree of independence, innovation, trustworthiness or transparency for instance (see Table 2 p, 17 of the report).

What are the current industry practices?

The new practices operated by online actors seem to be partly based on public interest criteria but also on private interest, economic incentives (most viewed content) and commercial transactions (negotiations between actors of the distribution content chain). This multitude of factors makes it difficult for analysts to clearly identify the complete mechanisms behind the prioritisation of a content.

What are the risks?

The study stressed that current industry practices might lead to ‘threats to media pluralism and independence; potential private and state capture; prioritisation as soft censorship and propaganda; threat to the long-term sustainability of public service media and local content providers; threats to citizens’ autonomy and perpetuation of inequalities; and lack of intermediaries’ transparency and accountability’.

What can be done?

The authors call for :

- a co-regulation framework involving stakeholders, civil and institutional organisations to set up technical standards applying to both providers and intermediaries;

- independent scrutiny and audit of the prioritisation mechanisms;

- accountability of powerful gatekeepers while preserving their independence from the government;

- a new regime with media literacy at its core to empower consumers to make informed choices.