Online hate in France - the ‘Avia Law’: the end of an intensive legislative saga 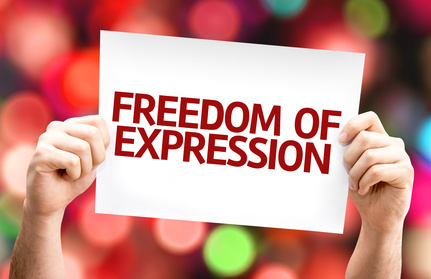 In recent months, there have been intensive debates in France around the draft Law aimed at fighting online hate content - better known as the ‘Avia Law’. Further to lively debates and exchanges in the two chambers of the French Parliament, the initial draft of the Law was adopted and intended to create a new legal framework for online platforms, applicable regardless of the territory of establishment and based, according to the author of the Law Laetitia Avia, on the fundamental principle of respect for human dignity.

However, subject to review by the ‘Conseil Constitutionnel’, the highest constitutional authority in France, the Law was found to be in breach with the fundamental right of freedom of expression and critical provisions of the law were struck down.  As judged by the ‘Conseil Constitutionnel’ (CC), the provisions of the law did not comply with the strict conditions allowing a restriction of a fundamental right as protected by the French Constitution: to be necessary, adapted and proportionate to a public interest objective.

For any online service:

The determination of the ‘unlawful’ nature of the content depends on the sole appreciation of the administration, without the supervision of a judge (not feasible within a one-hour period), whereas the law provides for heavy penalties – up to 250,000€ and a one-year jail sentence for the legal representative of the platform.

For this reason, the restriction constitutes a non-justified breach of the freedom of expression and does not comply with the French Constitution.

For the platforms whose activity on the French territory exceeds a certain threshold (to be determined by a future decree):

- The determination of the ‘unlawful’ nature of the content does not depend on a judge's appreciation while certain breaches require judicial technicity or analysis of the context, and would be, in any case, too difficult to assess within a 24-hour deadline.

- The law does not provide for any possible exemption for the platforms whereas it lays out heavy penalties - up to 250,000€ and a one-year jail sentence for the legal representative of the platform. The penalties also do not take into account the ‘repetitive’ nature of the breach.

As a result, this provision could prompt platforms to withdraw any reported content, even if the unlawful character is not clearly identified.

The restriction constitutes a non-justified breach of the freedom of expression and does not comply with the French Constitution.

- Put in place an easy and unique content notification process;
- Acknowledge receipt of the notification without delay, inform about the follow-up to the removal request and provide the rationale for the decision within a short deadline (24 hours or 7 days in case of non-removal);
- Provide for mechanisms to challenge a decision;
- Provide for clear, detailed and accessible content moderation terms and conditions;
- Report on the human and technical means adopted to respect those duties;
- Provide specific information to the user if he/she is under 15 years of age;
- Appoint a contact person;
- Based on a court decision, administrative authorities could request Internet providers to prevent access to any online service mirroring the same content for the duration ordered by the court. The blocked online services would be kept during this time on a list and any online advertisers in a contractual relationship with those services would have to publicly inform about this partnership on their website once a year.

All those obligations were placed under the supervision of the French media regulatory authority. The CSA was entitled to request the delivery of yearly reports, to issue formal notices or, as a last resort, to impose an administrative fine of up to 4% of the total worldwide annual turnover or 20 million €.

All the above provisions, as they relied on or mentioned provisions that have been struck down, are also declared non-compliant and are removed from the Law.

The new Law, which is applicable from the 1st of July onwards, allows for the creation of a special judicial tribunal dedicated to online harassment and of an observatory for online hate aimed at monitoring and analysing online content and its development. The CSA will act as the secretariat of this observatory.

Moreover, the maximal judicial sanction applicable in case of breach of the existing legal obligations of the platforms (i.e. further to Law n° 2004-575 ('LCEN law') of 21 June 2004, a 24-hour deadline to withdraw content related to terrorism glorification or child pornography which has been reported by an administrative authority and the establishment of a easily accessible system of content reporting and notification) increases from 75,000€ to 250,000€.

Though this decision, the ‘Conseil Constitutionnel’ emphasises that fundamental rights are a matter for justice and should not be subject to the sole appreciation of the administration or of online intermediaries, and that abuses of freedom of expression cannot be punished ‘a priori’.

The debate about the responsibility of intermediaries is far from being over in France as the issue of the compliance of the cooperation duties with the Constitution has not been explored in this particular case.

These issues are equally topical in Europe, as illustrated by existing laws (NetzDG in Germany) or recent proposals (CSA in Belgium) but also in the framework of the discussion around the future Digital Service Act.