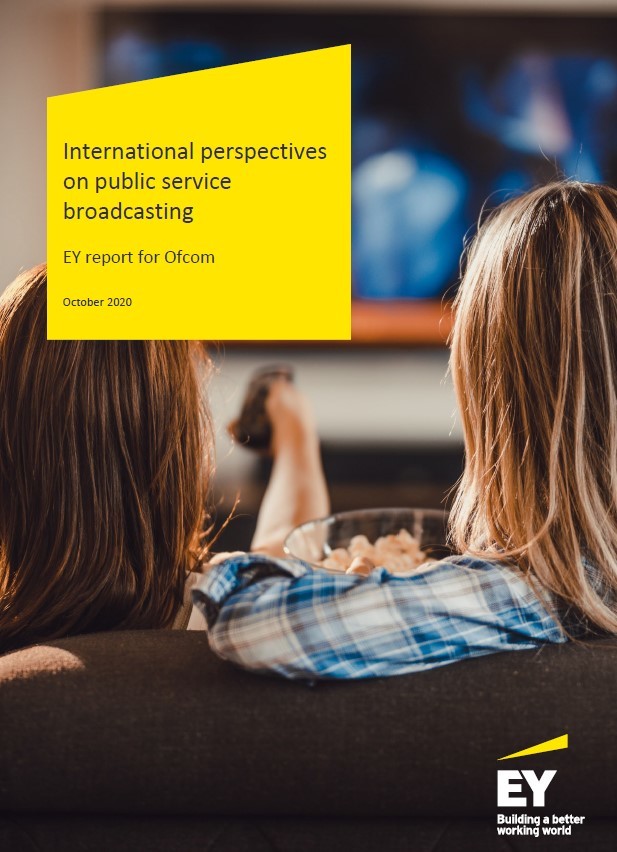 As part of its review of Public Service Broadcasting (PSB), Ofcom has launched ‘Small Screen: Big Debate’, a nationwide forum to facilitate conversations with broadcasters, producers, government, Parliament and viewers’ groups about the future of PSB. Ofcom plays a central role in driving this discussion, drawing on a range of views, evidence and research. (The highlights and sessions from Ofcom's virtual conference on the future of PSB, featuring BBC Director-General Tim Davies, are available here).

Ofcom recently commissioned consultants from Ernst Young (EY) to carry out research into international perspectives on UK public service broadcasting, covering views on the quality of UK PSB content, as well as broader analysis of the approach to funding PSB and how PSBs are adapting to changing viewing habits. The initial motivation for the report was to gain insights into perceptions of the UK system, but the research also provided fascinating insights into other countries’ approaches to the full range of PSB policy issues.

As part of the research, EY interviewed 21 experts from across the world, from a mix of PSBs and commercial broadcasters in other markets, multinational media companies, streaming services, international broadcasting bodies and academic institutions. The research focused primarily on countries with PSB systems that have the most comparable characteristics to the UK, including Germany, Denmark, Norway, Sweden, Finland, Italy, as well as Canada, the USA, Australia and New Zealand.

Discussions covered topics including the quality of content produced by PSBs, measures to support the independent production sector, approaches to funding public service broadcasting, and strategies to appeal to young people and respond to increasing online viewing.

The report sets out the detailed findings and insights from the research. The five key findings from the report are summarised below: