High level of investment in original content is a key driver 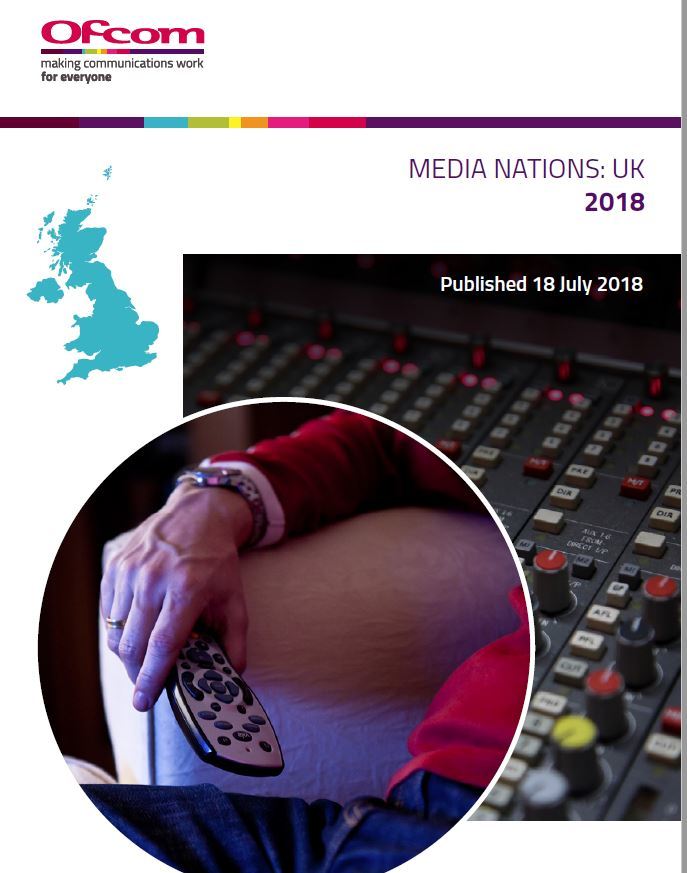 On 18 July 2018, Ofcom published the very first edition of Media Nations 2018, a comprehensive study of major trends in the UK’s television, radio and audio sectors. Media Nations is a reference publication for industry, stakeholders, academics and consumers which provides data and analysis on traditional broadcast television and radio services, and on the take-up and impact of subscription on-demand and streaming services. Of particular interest is the data report accompanying the study which provides interactive access to an extensive range of data.

The report highlights a competitive shift within the UK television industry, driven by the rise of the major global internet companies and the changing habits and preferences of UK audiences. The study finds that:

News release on the report