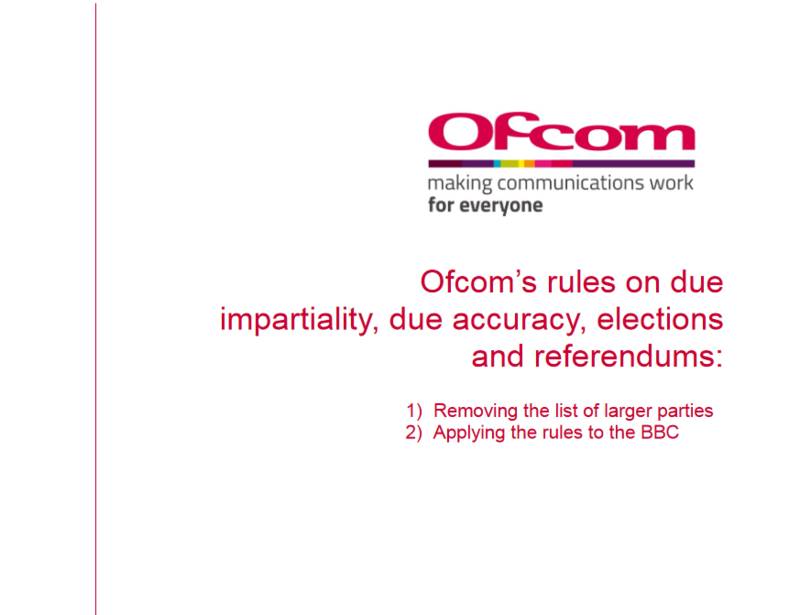 On 9 March 2017, further to its consultation published on 10 November 2016, Ofcom has published its revised rules on election coverage on TV and radio and due impartiality. The document sets out Ofcom’s decision to amend Section Six on elections and referendums of its Broadcasting Code and its rules on party political and referendum broadcasts (“PPRB Rules”) in order to remove the concept of “list of larger parties”.

The aforementioned revised rules will come into effect on 22 March 2017, when the first election period for the May 2017 local elections commences. Ofcom will issue them on the same date and will also publish its updated Guidance to Sections Five and Six of the Code.