A recent report re 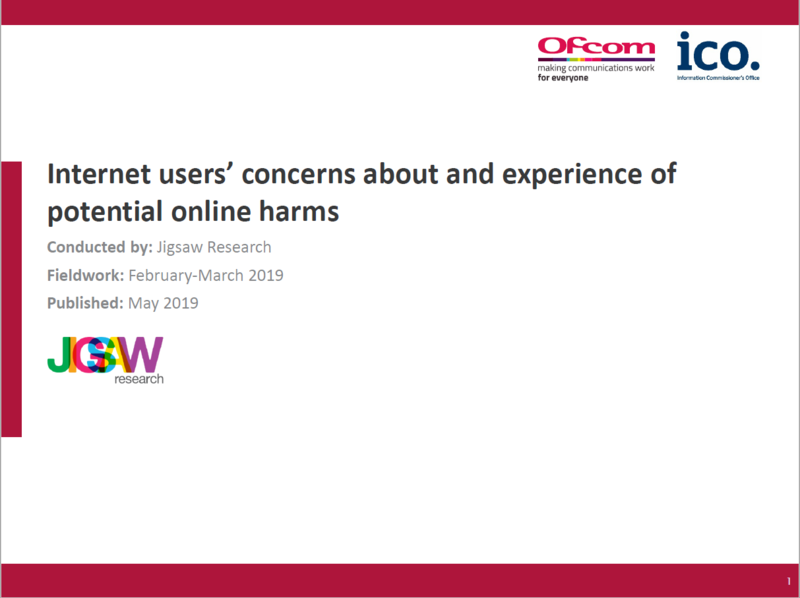 leased in May 2019, commissioned by Ofcom with advice from the ICO (Information Commissioner's Office), intends to quantify concerns and experiences of Internet users, grouped under three categories: Content & interactions; Data and privacy and Hacking and security.

In general, the report reveals a wide variety of concerns about going online, while the most reported concerns are personal data being stolen, material showing child sexual abuse and bullying. However, it is noteworthy that around 60% of all respondents agree that the benefits of going online outweigh the risks.

Here are some of the key points:

It can be noted that the proportion of adult Internet users concerned about at least one aspect of going online increases to 83% in relation to children and 84% more generally after having read the potential harms list.

Regarding children (aged between 12 and 15):

Regarding the source of harm:

For all respondents, social networks are the most reported source of potential harms and are perceived to be less regulated than traditional media (around 25% of the interviewees believe that there is no regulation at all). In line with this result, social media and video-sharing platforms generate the lowest level of trust from the Internet users and 36% of 12-15 year old Internet users even said that online bullies put them off using social media.

Additional EPRA background: Ofcom presented the key findings of this report at the 49th EPRA meeting during the Plenary session on "Protection of minors in the online world: focus on evidence of harm". This report, although national in scope, is rich in data and can contribute to and feed knowledge regarding online harm experiences and impacts on users as part of an evidence-based approach.