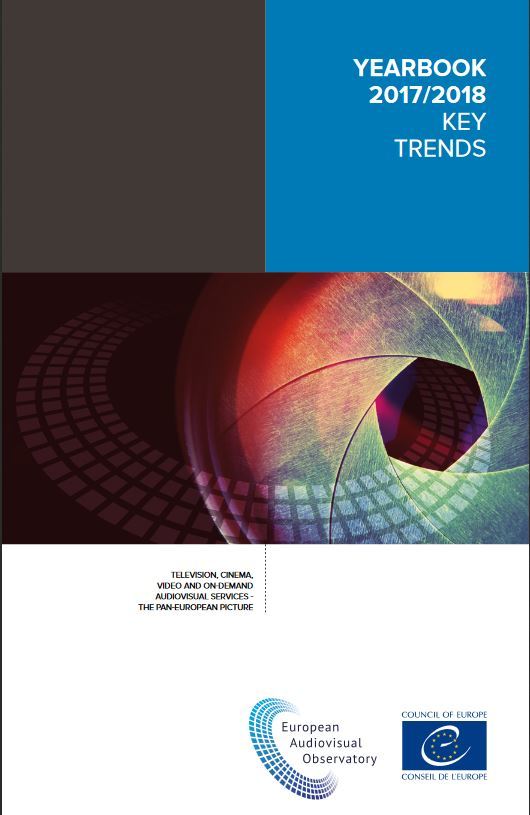 The European Audiovisual Observatory has issued in May 2018 its annual Key Trends publication, which is available for free for the first time. This 70-page compact report presents an overview of the major developments in the film, VOD and television sectors in 41 European countries for the past year.

The "Key Trends" represents an executive summary of all the data contained in the Observatory’s Yearbook.

The document notes that a new phase of convergence has opened up competition in the audiovisual sector to Internet-native companies and that Internet has also tended to simplify the value chain by disintermediating players - usually the legacy services distributors. A potentially even more radical disruption is the ‘uberisation’ of the audiovisual sector - a concept referring to the rise of intermediary peer-to-peer platforms that connect users with owners of goods not fully used. These evolution dynamics are occurring at a time when the consumption of video is increasing, driven by time-shifted TV consumption, more video-enabled devices and new content formats. However, there is no indication about how - or even if - this will translate into additional revenue for the audiovisual sector.

Amongst the noteworthy findings of the report:

In general, the European audiovisual market grew by only 1.3% in 2016. After an important 4.3% growth in 2015, due to the on-going recovery of TV advertising revenue, the figure shows that television in Europe has entered a phase of – at best – maturity. Between 2011 and 2016, the market registered an average annual growth of 1.7%.