JUFREX: new regional publication on regulators and protection of minors in South-East Europe

Transnational cooperation, self and co-regulation and media literacy are key pillars to establish adequate level playing field regarding protection of minors 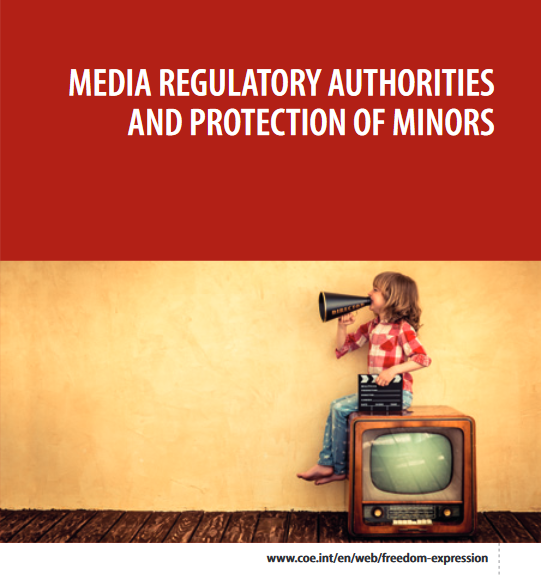 016, the three-year Joint Programme “Reinforcing Judicial Expertise on Freedom of Expression and the Media in South-East Europe (JUFREX)”, funded by the Council of Europe and the European Union, was launched in order to promote freedom of expression and freedom of the media in line with Council of Europe standards in the following countries: Albania, Bosnia and Herzegovina, North Macedonia, Kosovo*, Montenegro and Serbia.

In the framework of this support programme, a regional publication on “Media regulatory authorities and protection of minors” was released in April 2019. The report, which was drafted in cooperation with the media regulatory authorities from the participating countries as well as from Croatia, aims to contribute to the understanding of the concept of protection of minors in audiovisual media services and to emphasize the role played by NRAs through an overview of the situation in the region and some recommendations. As the legal context in each participating country reveals the obvious proximity between them, the publication stresses the need for better cooperation and harmonisation. In this regard, the report underlines that the regulators take actively part in the EPRA network which provides them “a valuable source of information and incentives for further developments in this field”.

After providing an overview of the European and International legal background on children rights’ protection, the report focuses on the 2010 AVMS Directive, which was implemented in all the participating countries, and notably on how differently the rules regarding contents “which might seriously impair” and those “which are likely to impair” minors have been interpreted at the national level.

Even though the document underlines the need to take into account the cultural and historical elements that are specific to each country, it nevertheless promotes a clear and harmonized watershed and classification system for the region.

The following recommendations can be highlighted:

* This designation is without prejudice to positions on status, and is in line with UNSCR 1244 and the ICJ Opinion on the Kosovo Declaration of Independence.

Further information about JUFREX: the Final conference of the Joint Programme JUFREX took place on 5 April 2019 in Sarajevo. Further to this three-year programme, nearly 250 activities were implemented, reaching out to more than 4000 beneficiaries. More than 2000 judges, prosecutors, and lawyers have been trained, while more than 1500 media actors attended JUFREX events.

However, the protection of freedom of expression and of the journalists remain a major challenge and in many countries in Europe, media actors have to face threats and pressures that jeopardise freedom of speech. It was thus decided at the closing event to continue the work of JUFREX under the Horizontal Facility II (a co-operation initiative of the European Union and Council of Europe for South East Europe in order to strengthen their co-operation in key areas of joint interest) that will be implemented in the region as of June 2019.