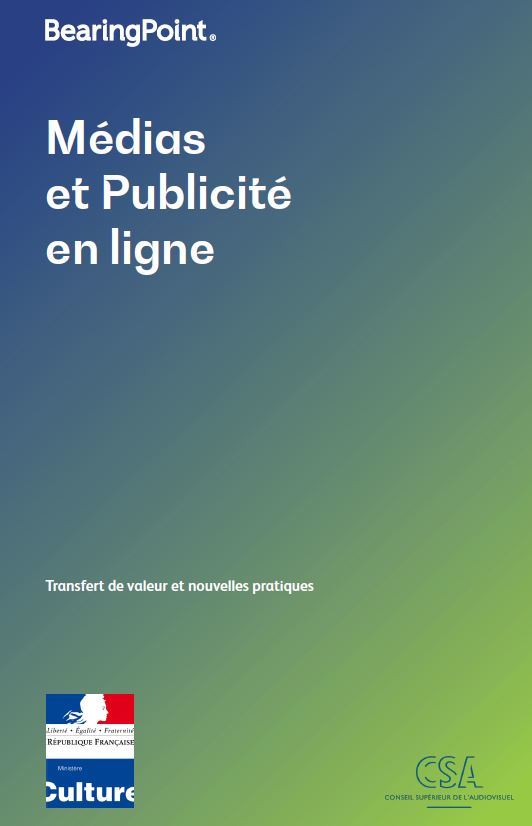 On 25 July 2018, the French Ministry of Culture and the Conseil supérieur de l'audiovisuel (CSA) the French regulatory authority for the media have jointly published a study titled "Media and online advertising: value transfer and new practices", which was conducted by the consulting firm Bearing Point. The 95-page study is based on some 60 interviews with advertising market professionals and on an extensive collection of (so far unpublished) data on the advertising revenues of publishers and advertising agencies.The report has a three-tiered objective:

The study shows that the development of digital technology is disrupting the functioning of the entire advertising ecosystem. The emergence of Internet advertising in the early 2000s led to a profound shift in advertisers' spending strategies in favour of online advertising and to the detriment of the traditional activities of the broadcast media.

Additional EPRA Background: Note that the future of advertising in the the digital age features prominently on EPRA's agenda in 2018 with an annual Working Group on Commercial Communication 2.0. The next session of the Working group will take place on 11 October 2018 in Bratislava at the kind invitation of the Slovalk Council for Broadcasting and Retransmission.