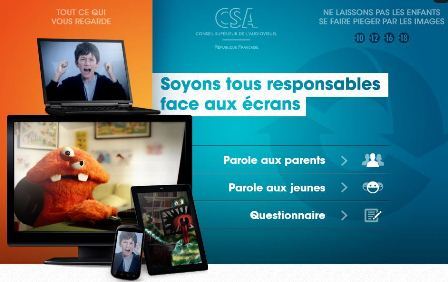 As of 20 November 2013, a new media campaign on the protection of minors was launched on French television channels. The campaign was initiated by the French Conseil supérieur de l’audiovisuel (CSA). TV channels and on demand audiovisual media services are invited to broadcast two short films made by the CSA. The first film, showing a child trapped by the TV screen, is aimed at families, while the second one, using a marionette, is directed particularly to children.

The campaign, which will last until the end of December, warns the public about the impact of TV images on children. The CSA also encourages families to visit the website jeunepublic.csa.fr. This Internet platform, dedicated to the protection of minors in audiovisual media services, offers the public the possibility of exchanging opinions with the CSA.

This year, the media campaign also included a pre-campaign on the protection of children younger than three years old. On 17-19 November, TV stations broadcast key messages making the public aware of the harmful effects of the impact of television on toddlers.