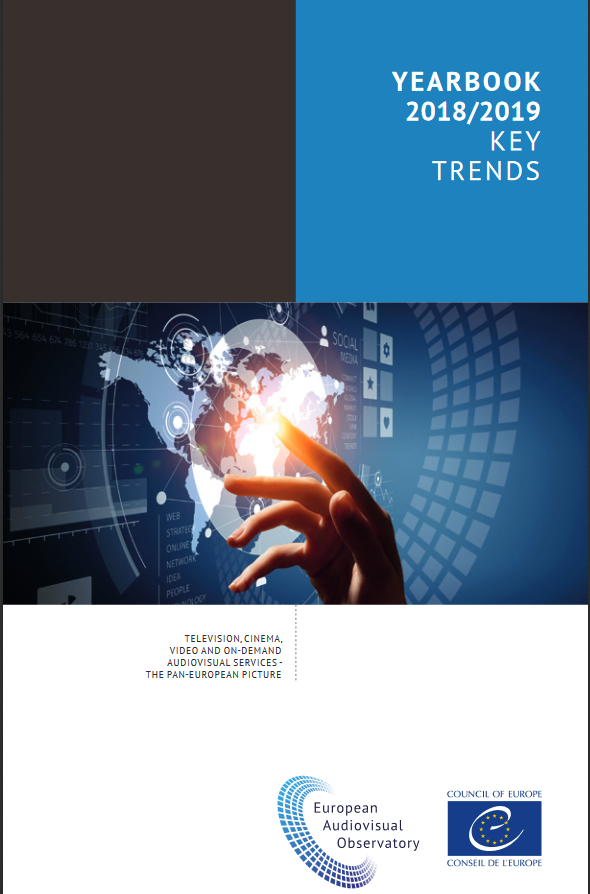 The European Audiovisual Observatory (EAO) has published in April 2019 its Key Trends from the Observatory’s Yearbook 2018/2019. This report - publicly available on the EAO website - provides an overview of the major developments in the film and audiovisual sectors in Europe (40 countries) and Morocco for the past year, as a result of all the studies released during this period by the Observatory.

The report documents the shift in the audiovisual ecosystem and the disruption caused by the growth of new players. It highlights trends such as US-led consolidation, early signs of cord-cutting and pressure on traditional media services regarding advertising revenues and competitive quality content. It also points at the challenges and uncertainties faced by the European market regarding the transposition of the new AVMSD and as a result of the potential exit of the UK from the EU.

Some highlights of the report:

In general, the European audiovisual market grew by only 1.5% in 2017. Subscriptions represent the most dynamic segment of revenues and pay video on demand has registered a much higher growth annual rate (34% in 2017), at the expense of rental and sale in the physical world. Some countries experienced a low growth caused notably by a saturation of the on-demand market and the impact of digitisation on TV advertising (BE, GB, FR, IT and SE).