Diversity and inclusion: Ofcom's objectives and actions for 2018-2022 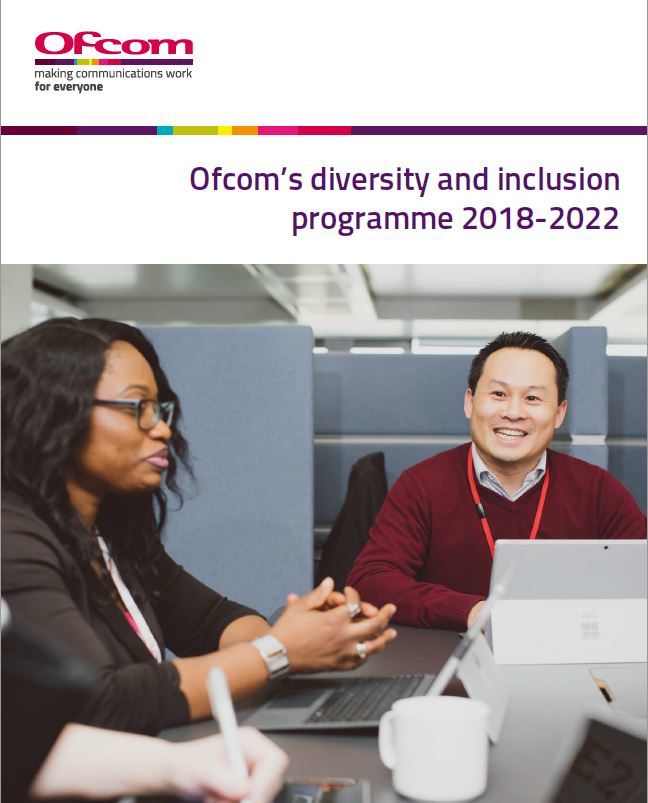 On 29 March 2018, Ofcom has published its four-year plan of action in order to ensure that diversity and inclusion remain central to its activities, both as an employer and as the UK’s communications regulator.

The document, which has been established on the basis of a public consultation held between 23 January and 23 February 2018, sets out the regulator’s objectives and actions for 2018-2022. Ofcom’s Diversity and Inclusion Programme addresses its duties under the Communications Act 2003 to further the interests of consumers, as well as its duties as an employer to promote equal opportunities. Ofcom is also required to publish its equality objectives under the Equality Act 2010 (Specific Duties and Public Authorities) Regulations 2017.

Some of the concrete actions Ofcom plans to undertake are listed below:

Additional EPRA Background: Note that Gender issues will feature on EPRA's agenda in 2018 with an annual Working Group on Achieving greater Diversity in Broadcasting, which Ofcom will be content-producing during the 47th EPRA Meeting in Luxembourg on 23-25 May 2018.